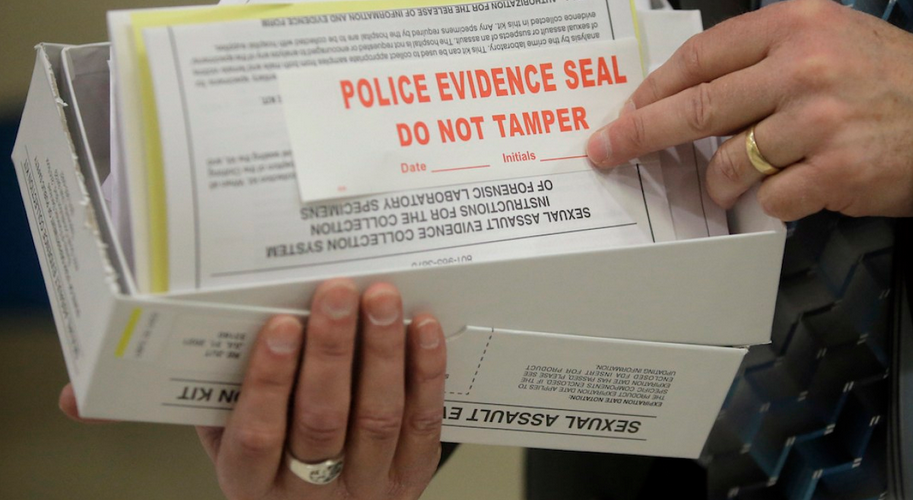 Current and former Houston officials are facing a class action lawsuit from sexual assault victims who said the delay in testing their rape kits damaged their cases.

A plaintiff, Dejenay Beckwith, said that if more rape kits had been tested promptly, it's possible that she would not have been sexually assaulted in 2011. She said city officials violated her due process and equal protection rights, and her personal privacy and dignity under the Fourth Amendment.

Beckwith's rapist, David Lee Cooper, had a long history of sexual assault accusations going back into the 1990s. It wasn't until 2016 that the man who raped her was arrested. That year, he pled guilty to sexual assaults in 2002, 2009, and 2011, including the sexual assault of a child, according to the Associated Press. A 1991 sexual assault case against him was dismissed and, in a 1994 rape case, he was found not guilty.

Beckwith is also suing the city of Houston and city officials. Her lawyers say the kit was not tested until five years after her sexual assault and that a detective discouraged her from reporting the assault, saying, "These things happen."

Houston is not alone. Many cities across the country have been at the center of outrage over rape kit backlogs. Miami-Dade County had 3,700 untested rape kits, according to the Miami Herald. Statewide, there were 13,500 untested rape kits, a Florida Department of Law Enforcement found, and more than one-in-three are kits that should be tested, according to law enforcement agencies.

That evidence can make a difference in the lives of sexual assault survivors and people who may be targeted by their rapist in the future. A Broward County rape kit from 2006 was finally tested in 2014, resulting in a man, Anthony Samuel, pleading guilty to two felony counts of aggravated child abuse for his involvement in the gang rape of a 16 year-old girl. Samuel was sentenced to six years in state prison and 12 years probation.

In a class action against the city of Memphis, Lauri Ann Naylor, one of the plaintiffs, said her kit was tested 14 years after her sexual assault. She was told by police that a woman had been raped before and after her assault. Her lawyer asked that the city release internal investigations and audits that may relate to the backlog. There are over 12,000 untested rape kits in Memphis alone.

But many states don't keep rape kits for years or even a few months. Although Massachusetts has a 15-year statute of limitations on prosecuting sexual assault crimes, rape kits can be destroyed after six months and, in a few states, such as Colorado, Kentucky, and North Carolina, there have been reports of labs throwing this key evidence in the trash.

Advocacy for sexual assault survivors who want their rape kits processed has gained traction in the past few years. The Joyful Heart Foundation, an advocacy group for sexual assault survivors, began The Accountability Project and the End The Backlog campaign to investigate the scope of the country's backlog problem. The project has uncovered 39,000 rape kits in 41 jurisdictions.

Amanda Nguyen created the national nonprofit Rise, which advocates for the rights of sexual assault survivors, after she fought to keep her rape kit in the system in Massachusetts, where it would have been destroyed had she not filed an extension.

Her organization helped draft legislation known as the Sexual Assault Survivors' Rights Act, which President Barack Obama signed into law in 2016. The law requires, among many provisions, that survivors no longer be charged for getting a rape kit examination, that kits should be preserved until the statute of limitations runs out, and that surivivors be notified of test results.

Renewed media attention has also affected the coverage of rape kit backlogs. An investigation from USA Today found that there are 70,000 untested sexual assault kits in the custody of more than 1,000 law enforcement agencies. The 2015 investigation found that in most states and law enforcement agencies, there is no written guideline for how to process this evidence, and that authorities at all levels of government aren't doing anything to count untested rape kits.

The investigation also discovered that the U.S. Department of Justice (DOJ) was not complying with a 2013 law that aimed to improve the processing and testing of rape kits. Although the law set up grants to aid police with inventories and testing, the grants were never awarded and there was only one DOJ meeting on the issue in 2014.

States have taken steps to improve the way police handle rape kits. In 2016, 20 states introduced bills related to processing rape kits and state officials pursued reforms to encourage police to take a more consistent approach in tackling rape kit backlogs. But others have not been so proactive.

When Georgia Rep. Buddy Carter (R) was asked about processing the state's backlog of more than 10,000 rape kits, he said there are grants available to help struggling cities, "unless they're a sanctuary city."

Pressed to elaborate, Carter said, "if you're a sanctuary city, that means you are refusing to enforce our immigration laws here in the United States, and if you're doing that, then I don't want to be sending you any federal grants to go to your city."