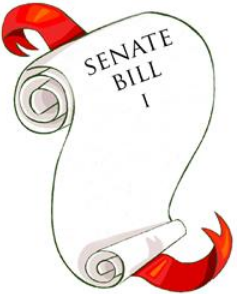 One of those laws says police must retain rape kits for 20 years, another reclassifies sex offenses.

But all are intended to uphold victims' rights.

"We should have one uniform policy across the state you shouldn't have it in one county where you save it for 6 months another county a year and then another county saves it for 5 years," said Baltimore County State's Attorney, Scott Shellenberger.

Senate Bill 349 prevents that from happening by prohibiting police from destroying rape kits within 20 years of collection; allowing a victim time to report the crime. It also requires hospitals or child advocacy centers to give rape kits to police within 30 days of an exam; also reducing rape kit backlog.

"It was a non uniform policy around the state where some hospitals were hanging on to it some police department were then given it so we just wanted to create a policy that was consistent," said Shellenberger.

"When we prosecute robbery victims do we ask the robbery victim if they pushed the gun away and the answer to that is no therefore why are we asking sexual assault victims if they tried to resist," said Shellenberger.

"When you say I was raped, people really have a visceral understanding of what that means."

Shellenberger adds that lawmakers worked with victims' advocates while drafting the bills.