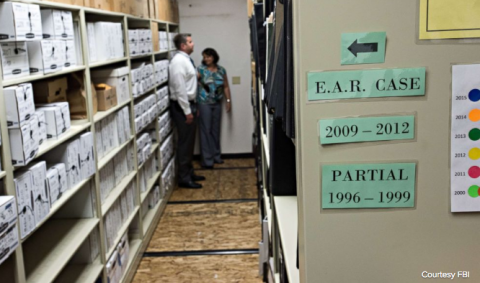 Michella's murder is just one cold case that heated up this year thanks to the cutting-edge combination of DNA and genetic genealogy. 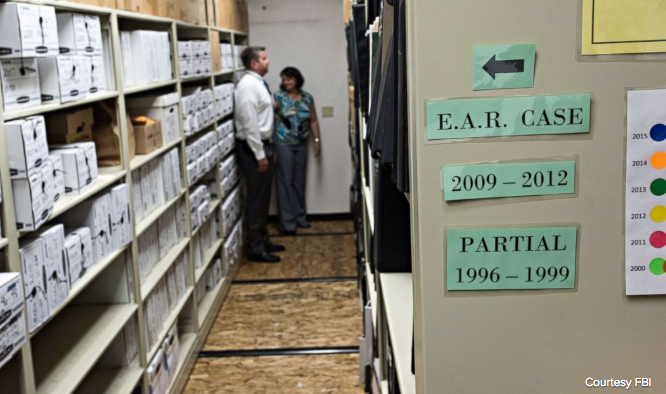 On March 26, 1986, sixth-grader Michella Welch disappeared while at a Washington state park with her two young sisters, never to be seen alive again.

The 12-year-old's body was found that night; she had been sexually assaulted and killed from blunt force trauma to the head, officials said.

DNA was recovered and a number of men were investigated, but years passed and no one was arrested -- until last week -- shocking news that Michella's mother said "sent chills down her spine," according to police.

A 66-year-old man was charged in Michella's death after the unknown killer's DNA from the crime scene was identified through his family members, who voluntarily submitted their DNA to a genealogy database.

This allows police to create a much larger family tree than using law enforcement databases like CODIS, in which an exact match is needed, or in some states, a parent/child or a full sibling match, Moore said.

Genetic genealogy "is a major game-changer for these cold cases," Moore said, "because in a genetic genealogy database we can reverse engineer the [suspect's family] tree from their distant cousins who have tested. So it doesn't matter that they haven't had their DNA tested through another arrest or crime scene, we don't need their DNA. We need somebody from their family to have tested in order to resolve these cases."

The first public arrest thanks to DNA and genetic genealogy, according to Moore, was the April arrest of the suspected "Golden State Killer" -- a cold case that stumped California law enforcement for decades.

Moore was not involved in the genealogy work for this case

The "Golden State Killer" was believed to have committed 12 murders, at least 50 rapes and multiple home burglaries throughout California in the 1970s and 1980s. His last known crime was in 1986.

In the early 2000s, investigators were able to obtain the unknown killer's DNA at one crime scene: the 1980 double murder of Lyman and Charlene Smith, who were bludgeoned to death at their Ventura County home.

One of those counties was Contra Costa, where recently retired investigator Paul Holes led the charge to use genealogy to find the killer, said Schubert. Holes spent nearly 25 years on this case, she said.

Based on the pool of people on the genealogy website, investigators were then able to build a family tree of the unknown killer's relatives, who had submitted their DNA to the database on their own. Investigators narrowed the search based on age, location and other characteristics, leading them to 72-year-old Joseph DeAngelo.

Those who participate in DNA testing websites "are doing it for the purposes of genealogy, family history and in some cases finding their biological family," Moore said. For "most it never even occurred to them [that] their DNA might be used to identify a serial killer or any sort of perpetrator."

Authorities surveilled DeAngelo and collected his DNA from a tissue left in a trash. Investigators plugged his discarded DNA back into the genealogy database and found a match, linking DeAngelo's DNA to the DNA gathered at multiple crime scenes, Schubert said.

DeAngelo has been charged with 12 counts of murder spanning four counties. He has not entered a plea in any county.

Genetic genealogy was a critical resource to arrest a DJ this week in the killing of a Pennsylvania teacher 26 years ago, according to prosecutors.

On Dec. 21, 1992, Christy Mirack, 25, was found dead at her East Lampeter Township home, according to the Lancaster County District Attorney's Office. She had been beaten, strangled and sexually assaulted, prosecutors said. A weapon used in the attack -- a wooden cutting board -- was near Mirack's body, prosecutors said.

DNA left at the scene was eventually sent to Parabon NanoLabs, which created "a DNA phenotype 'composite' of the killer's attributes," including hair color, eye color and skin tone, according to a statement from prosecutors.

"The phenotype report included visual composites of what the killer would look like at various ages," prosecutors said. "That data and associated composites were released to the public in November 2017."

Parabon uploaded the file to a public genetic genealogy database, "which resulted in matches to relatives of Raymond Rowe," according to prosecutors.

Investigators last month surreptitiously took DNA from gum and a water bottle Rowe had used while DJing at an elementary school, prosecutors said.

The DNA was submitted to a state police crime lab, which determined it matched DNA found on multiple parts of Mirack's body, as well as the carpet underneath her body, prosecutors said.

"But for Parabon and the lab work they did, I don't think we would've solved this case," Lancaster County District Attorney Craig Stedman told ABC News Tuesday.

A 1986 cold case killing in Washington

DNA and genetic genealogy came together once again in last week's arrest in the cold case killing of 12-year-old Michella Welch.

Unknown DNA was recovered and a number of men were investigated, but the case turned cold.

In 2006, a DNA profile was developed from the original crime scene, but there was no match in databases, according to a statement from the prosecutor's office.

That allowed police to identify two brothers -- who lived in the area in 1986 -- as possible suspects, police said.

On June 5, a detective tracking 66-year-old Gary Hartman took a discarded napkin he had used at a restaurant and submitted it to the state crime lab for testing, officials said.

The lab found a match between the DNA on the napkin and the suspect's DNA from 1986, officials said.

Moore and Parabon NanoLabs were also involved in this case.

On June 20, Hartman was arrested and charged with first-degree murder and first-degree rape, police said. He has entered a plea of not guilty.

"My client insists he is innocent and he is charged with probably the single most God-awful crime a person can be charged with," defense attorney Bryan Hershman told ABC News Tuesday. "He's presumed innocent and we're entitled to our day in court."

KOMOGary Charles Hartman, 66, has been arrested in connection with the murder of Michella Welch.

Hartman wasn't one of the men initially investigated in 1986 based on witness accounts, according to police.

Tacoma Police Chief Donald Ramsdell at a news conference called the arrest a "great example" of "advancements in DNA identification and computer modeling combined with tried and true police techniques."

And in the wake of the success, Ramsdell issued a stern warning to other criminals in the community.

Genealogy advances come with privacy concernsNo genetic genealogy cases have been to trial yet, according to Moore. But the use of genetic genealogy has already drawn criticism from some attorneys and civil liberties advocates, who say it unfairly gives up the privacy of law-abiding people because of their family members.​
"The overarching concern here is that we should be able to access the benefits to these sorts of emerging technologies without having to give up our rights," Vera Eidelman, a legal fellow with the American Civil Liberties Union (ACLU), told ABC News. "Folks who are excited about the promise of genetic testing to learn about their health traits, to connect with family members, to learn about their ancestry, should be able to do that without having to worry about the implications of handling over that incredibly sensitive information to government."​

Eidelman said these recent cases suggest there's a "continuing trend of using this technique, and that is alarming."

"Blockbuster cases and cases where communities understandably really want to solve a crime can lead to serious bias in terms of what we're willing to do in criminal investigations," Eidelman said. "I think every time this is used it's also important to think about would we be willing to have the same sort of technique used against every trespass or every property crime?"

But Moore says it's important to understand the different types of DNA databases available.

Companies like AncestryDNA and 23AndMe, which are direct-to-consumer, "work very hard to protect their customers' privacy," and generally do not allow their DNA samples to be searched by authorities, Moore said.

However, those companies do allow users to download their raw data. And third-party genealogy databases like GEDMatch permit people to upload their DNA information, making the samples widely available for searches -- and that's how genetic genealogists have been cracking these cold cases.

Moore said the genealogy "community has a lot of trust in GEDmatch;" however, GEDmatch "couldn't control how someone might use their database because they allow uploads. That's how they function. They're not the ones testing the DNA -- they're accepting raw data files from the commercial companies that test the data."

"If you're someone who highly values your privacy then [third-party sites] may not be something you want to participate in because you can't be guaranteed the same level of protection that you would from a huge corporation [like AncestryDNA and 23AndMe]," Moore said.

To District Attorney Greg Totten of Ventura County, where the unknown "Golden State Killer"'s DNA was first retrieved from the 1980 double murder, "the bottom line here is we have brought a serial killer, serial rapist and a dangerous predator to justice as a result of that."

"People use this database to search their family tree, to search for relatives. It is a public database," Totten told ABC News in April. "For the crime victims, the horror of the crime, the sense of loss, just the harm that is done by the crime, it can be lifelong. So perhaps the most gratifying aspect of this case was we could finally begin the healing process and the closure process for the countless victims that this individual had preyed upon."

The cutting-edge combination has solved several cold cases this year so far.
https://abcnews.go.com/US/dna-genetic-genealogy-major-game-changer-heat-decades/story?id=56172244 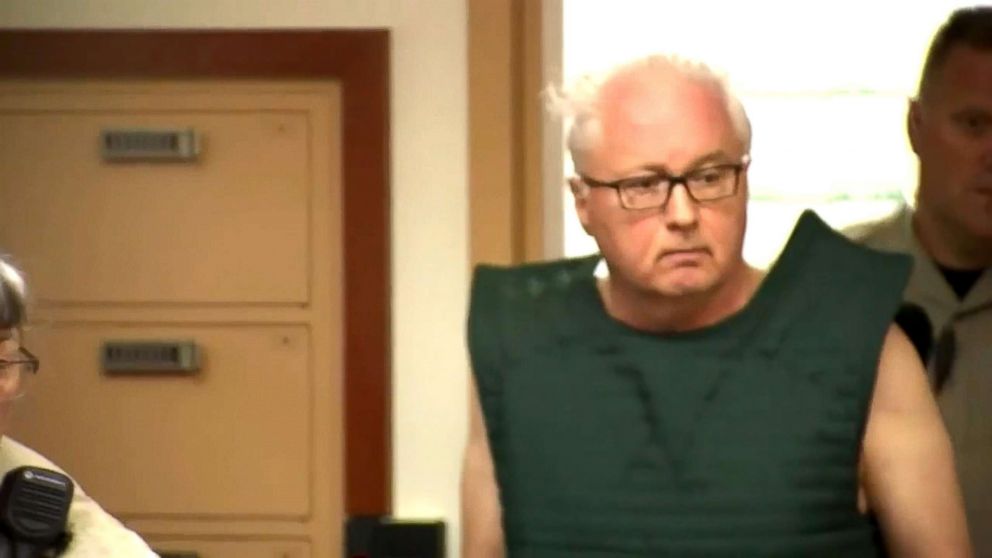