A Winnebago County grand jury indicted Hintz  on the charges, which accuse him of stealing about $14,500 in cash belonging to dead people from the coroner's office's evidence vault. 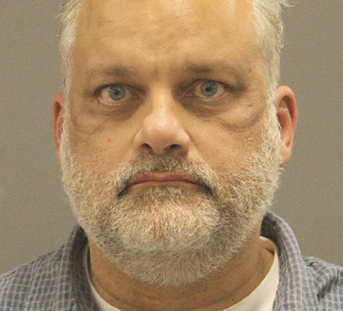 ROCKFORD, Ill. (AP) — A northern Illinois coroner pleaded not guilty Wednesday to charges alleging that he stole more than $14,000 in cash from dead people.

A Winnebago County grand jury indicted Hintz in early September on the charges, which accuse him of stealing about $14,500 in cash belonging to dead people from the coroner's office's evidence vault.

Hintz also allegedly required family members to pay cash to recover the cremated remains of their homeless loved ones but kept the money for himself.

The new charges come almost a year after Hintz was initially charged in October 2020, accused of stealing taxpayer money for trips and hotels with his wife, Michelle, who also faces charges.

Hintz's wife, Michelle, also appeared in court on Wednesday, where her trial date was pushed back until Jan. 24, 2022.