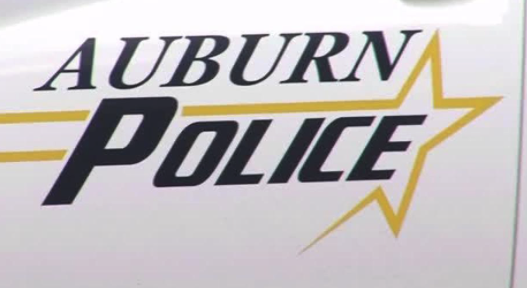 AUBURN — Two long guns and money amounting to $938 were discovered to be missing from the Auburn Police Department evidence room in the case that resulted in the arrest of retired Auburn Police Detective Stacy Sexton, according to police reports.

Sexton, 51, of Waterloo, is charged with theft and official misconduct, both Level 6 felonies.

According to a news release, back in February of 2020, state police detectives were requested to investigate property reported missing from the Auburn Police Department's evidence storage room, believed missing sometime within the year preceding November 2018.

Detectives from the ISP's Toll Road Post recently concluded that investigation, which was then turned over to assigned special prosecutor, Whitley County Prosecutor DJ Sigler, for review and determination of possible charges. Subsequent to that review, a warrant was issued for Sexton's arrest. Sexton was taken into custody by troopers Friday night in downtown Auburn, without incident.

At the time of the alleged offenses, Sexton was employed as a detective with the Auburn Police Department. He has since retired from duty.

More than 60 pages of police reports, statements and other information were filed in DeKalb Superior Court I as part of an affidavit for probable cause for Sexton's arrest.

Among the reports is a narrative written by Indiana State Police Master Trooper Michael M. Robinson. The report states that the two guns that were discovered missing were a Winchester .22-caliber rifle and a Gun Works small-caliber muzzle loader. The guns had been seized by the court for safe keeping in a mental health case, police said, and the owner confirmed that they had not been returned to him.

The missing money was made up of three separate amounts: $305 had been turned in as found property but no property log was found and the item was missing; $30 was money that came from an undercover drug bust; and $603.71 was found at Walmart in Auburn over time and accumulated before being turned over to police.

Police said Walmart had no records of having received the money and no managers, who would have been authorized to receive it, were named "John,' the report said.

When police showed Sexton reports of the missing items, he said he had no idea where the guns would be, but that they should still be in the evidence room, police said.

He confirmed that records showed he took the $30 monetary amount and placed it in a safe in the evidence room and it should still be there.

On the $305 amount, Sexton said he had no idea where it went and that it should have been taken out of temporary storage and put in the evidence room.

According to reports submitted as part of the affidavit, Sexton served as an officer with the Auburn department for 21 years. He was a crime scene investigator for 13 years and was a detective for a number of years, reports stated.

The evidence room was accessed by a swipe card and Sexton was the primary evidence officer for the department for about five years, from 2014-19, police noted.

AUBURN — Two long guns and money amounting to $938 were discovered to be missing from the Auburn Police Department evidence room in the case that resulted in the arrest
https://www.kpcnews.com/thestar/article_519c62f4-1a67-5c92-875a-d0a4cce41046.html
Tweet
How do you feel about this post?
Happy (0)
Love (0)
Surprised (0)
Sad (0)
Angry (0)
Tags:
missing guns missing evidence
Former Boston Police Evidence Officer Charged in O...
Illinois coroner pleads not guilty to thefts from ...