Johansen made the decision to fire Schmitz after finding that the things had not been documented with the department's evidence custodian. 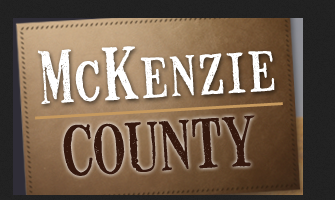 McKenzie County officials say a deputy who was fired last week had undocumented evidence from criminal investigations in his squad car when he turned the vehicle in last month. The discovery led interim Sheriff Matthew Johansen to terminate Lt. Michael Schmitz on Friday, less than a week before Schmitz was scheduled for a disciplinary hearing on an unrelated issue. Johansen declined to identify the amount and type of items found in the car. "At this point I'm not going to say what they were," he said.

The evidence was found Dec. 21 during an inventory of Schmitz's car which he'd turned in before a hearing in front of the McKenzie County Commission scheduled for Tuesday. Johansen made the decision to fire Schmitz after finding that the things had not been documented with the department's evidence custodian.

The Bureau of Criminal Investigation was called in to assess what impact the out-of-place evidence will have on the cases involved and to determine whether any laws were broken. The evidence is still being sorted out and documented, but criminal charges against Schmitz are not pending. "There are none that I know of," Johansen said. Schmitz, a three-year veteran of the department, was placed on administrative leave in October after a workplace investigation gathered claims that he, along with Sheriff Gary Schwartzenberger, used bullying and retaliation to run the office.

Tuesday's hearing was to allow Schmitz to tell his side of the story and to face questions from commissioners. He was unavailable for comment on Wednesday.

Removal proceedings against Schwartzenberger are pending, as a result of the county commission's request to former Gov. Jack Dalrymple to have the sheriff unseated