A newly elected sheriff in West Virginia faces removal after being
arrested three days into the job for stealing methamphetamine from the evidence locker. 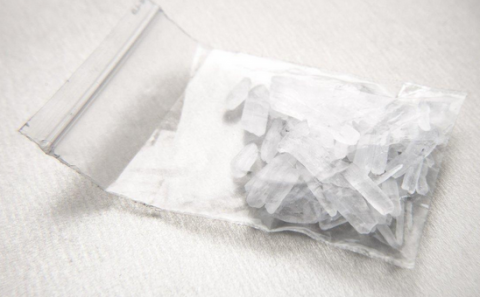 A newly elected sheriff in West Virginia faces removal after being arrested three days into the job for stealing methamphetamine from the evidence locker.

Bo Williams was elected to be the top cop in Roane County in November, but was arrested Tuesday and charged with grand larceny after starting the new job on Sunday.

He is accused of stealing more than $1,000 in evidence, the majority of which was meth, at his previous job as an officer in Spencer, W.Va.

A criminal complaint against Williams filed Tuesday says that evidence bags with case numbers matching the missing evidence were found in his desk and car.

The Roane County Commission voted Tuesday to remove their new sheriff, citing a law that allows them to do so for drunkenness or drug addiction

A resolution seen by the Charleston Gazette-Mail says that Williams admitted to the theft and having more than a yearlong addiction on Nov. 26, but was still sworn in at the end of the year.

He was placed on leave and resigned from the Spencer police department in December, though it was not immediately clear Tuesday if he would resign as sheriff or go through the formal removal process.

Williams left jail on $50,000 bond ahead of a court appearance next week, and faces up to 10 years in prison.

Todd Cole, who was sheriff from 2000 to 2008, has been appointed to run law enforcement operations in Roane County.

Bo Williams was elected to be the top cop in Roane County in November, but was arrested Tuesday and charged with grand larceny.
http://www.nydailynews.com/news/national/newly-elected-sheriff-arrested-stealing-meth-evidence-article-1.2933537
Tweet
How do you feel about this post?
Happy (0)
Love (0)
Surprised (0)
Sad (0)
Angry (0)
Tags:
theft of drugs
Improper evidence handling led to firing
UPDATE: Roane County Commissioners pass resolution...