It's been four months since information was released about a police investigation into a former Hawaii Police detective for reportedly stealing drug evidence from the Hilo evidence storage facility. 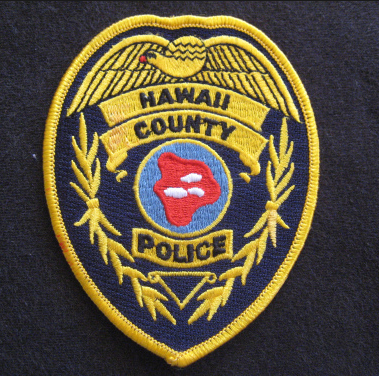 KAILUA-KONA — The state Attorney General continues to provide no updates or shed further light on the status of a stolen drug evidence case involving the Hawaii County Police Department.

"I apologize but I do not have any further information regarding this matter," Dana Viola, first deputy Attorney General, wrote in an email Thursday.

It's been four months since information was released about a police investigation into a former Hawaii Police detective for reportedly stealing drug evidence from the Hilo evidence storage facility. The initial investigation began last fall when cocaine, originally recovered in 2014, was found to be lighter than reported during its initial recovery. The discrepancy was discovered when the evidence was being weighed in preparation to utilize a small quantity of the cocaine for training purposes.

The investigation quickly identified a sworn employee as being a person of interest for the missing portions of the drug, police said. The employee was immediately placed on administrative leave without pay and subsequent audits of other evidence recovered by the officer revealed other anomalies, which revealed cases where there was a weight discrepancy in marijuana concentrate, (hashish), from two separate investigations.

The detective retired prior to the completion of the investigation and is no longer an employee with the county. The case was formally referred to Hawaii County Prosecuting Attorney's Office on March 2 for review of possible charges.

Because no arrest has been made in the case, West Hawaii Today has been unable to confirm or report the identity of the former police officer. The newspaper, however, has confirmed that the sworn employee had served about 26 years with the department.

Hawaii County Prosecuting Attorney Mitch Roth, after looking over the pages-long investigation and determining it would be a conflict of interest for his office to prosecute, forwarded the case to the Attorney General's Office in Honolulu. That office determines whether the case will be handled in-house or be assigned to another county prosecutor's office, which is common practice.

"We're referring it to avoid even the appearance of impropriety or conflicts," Roth said in March.

On March 22, Viola confirmed by email the case was referred to the Honolulu Prosecutor's Office for review. However, since that time, West Hawaii Today has been unable to confirm if Honolulu is reviewing the case. After several calls to its office over the past four months, it gives the same answer: "the case is not in our system."

After several requests for clarification on which office is reviewing this case, the AG's Office continues to not comment on the status of the investigation.

Since the case has moved out of Hawaii County, Mayor Harry Kim said the county's job is finished. After its referral to the AG's office, he added, four months of no updates is not unusual.

"It's almost par for the course," Kim said.

While the theft is disconcerting, Kim said, it could happen anywhere.

"This is internal," he said. "It does happen no matter what you do."

The case has also drawn concern from the Hawaii County Police Commission, a body of residents, appointed by the mayor and confirmed by the County Council. The nine-person commission appoints the chief of police, reviews the police department's budget, advises the chief on police-community relations and considers and investigates charges of misconduct by the department or its members.

"We didn't find out anything new, to tell you the truth," Hendricks said. "Everyone's being really tight-lipped."

The chairman said this is a case where the officer retired before the investigation was complete, but the commission will not let it go.

"We're not gonna sleep on this one, 'cause it's a matter of real concern," Hendricks said of the case. "Be assured we're not gonna drop it or forget it."

While Ferreira was unable to talk about the case as it has moved into the hands of prosecutors, he detailed changes the department has made since the reported theft was discovered, which include additional audits to ensure these incidents are not perpetrated by anyone else.

In an email Ferreira sent Thursday, he stated audits were done at the onset when the discrepancies were discovered, which involved inspecting and weighing similar types of evidence recovered by the officer being investigated as well as other officers within the division.

The additional audits done since then were inspections of randomly selected drug evidence seized. The chief wrote those audits still continue as a part of the semi-annual and annual inspections conducted on all of the department's evidence storage facilities.

A change to procedures now requires that whenever an officer is withdrawing evidence for training, investigative or court purposes, the officer must first obtain authorization from their supervisor, who in turn transmits an electronic notification via the department's Records Management System — to the Evidence Section of the district in which the evidence and property is located — authorizing the retrieval.

The notification must include the reason and the name of the person retrieving the evidence and property. For court purposes, the requester shall be the employee who is subpoenaed.