Among those indicted are two Aragon Police Officers accused last year of stealing handguns from the evidence room
in separate incidents in 2013 and 2015. 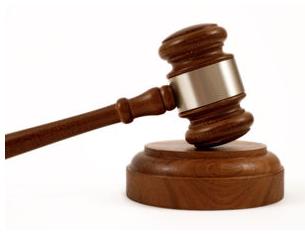 Polk County's Grand Jury convened to hear dozens of cases and decide whether to move them on to trial and came back with 56 true bills of indictment in the Tallapoosa circuit courts.

Among those indicted are two Aragon Police Officers accused last year of stealing handguns from the evidence room in separate incidents in 2013 and 2015.

Michael Conner, the former training officer for the Aragon Police Department, was charged last year on accusations he stole a department-issued Glock 23 and sold it.

The grand jury indicted him in July 11 proceedings in Judge Michael Murphy's courtroom on a single count of theft by taking.

Former Aragon Police Lieutenant John Goodwill was indicted on his charges of theft by taking and violation of oat of office. He was indicted in Judge Meng Lim's courtroom on both charges after he was accused in 2013 of taking a pistol from the property room as well. District Attorney Jack Browning said that he has the utmost respect and support for law enforcement in Polk and Haralson counties, but breach of their oath of duty will not be tolerated.

"Given the recent events involving law enforcement protests across the country, and our state has been no exception, having to contend with misconduct by a police officer in our own backyard is a reminder that even our small, close-knit community is not immune from such," Browning said.

Clearly allegations of theft are not of the magnitude of allegations involving police use-of-force. But such allegations are, nevertheless, allegations that involve a criminal violation of law." Browning continued his statement with the following:

"And, because I work with law enforcement everyday as the main part of my job as District Attorney, all allegations of officer misconduct that come to my office disappoints me beyond words, as even the mere appearance of such impropriety undermines the public trust in both law enforcement and the criminal justice system as a whole.

Our circuit, Polk and Haralson counties, is blessed to have law enforcement officers who, the majority of whom, do honor everyday to their respective agencies and the communities they serve. They are men and women who put their lives on the line everyday and do their jobs lawfully and compassionately, and I am honored to have them as partners in the work my office does. Fortunately, those who do bring dishonor to their profession are few in number. That said, the Polk County grand jury found there was sufficient evidence to indict the two Aragon officers for misconduct in office and, as a consequence, my office will treat those cases no different and prosecute the cases accordingly, irrespective of their former occupations as police officers.

The citizens of Polk county expect and deserve nothing less." Assistant District Attorney Jordan Stover said trial dates have not yet been set, along with another noteworthy case heading for trail. Stacie Leann Henson, who was charged with several counts following a wreck with a tractor in January that killed 59-year-old Jerry Robinson, was indicted on all charges by the grand jury during its opening day in Murphy's court.

Robinson was carrying a hay bale down Bellview Road near the intersection with Pine Mountain Road when Henson is alleged to have struck the tractor at a high rate of speed and caused it to flip over in the ditch. Henson was charged at the time with felony homicide by vehicle in the first degree and misdemeanor charges of driving under the influence of alcohol, driving while license suspended or revoked, no insurance, and following too closely. Henson has remained in jail without bond on the charges since she was arrested on Jan. 30.