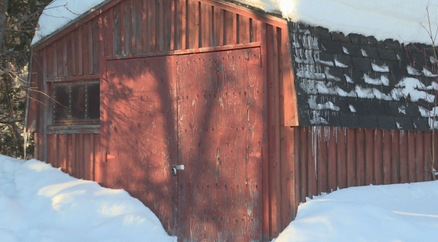 The provincial government has ordered an independent audit of a small northern police force's exhibits after a review found serious shortcomings that could put pieces of evidence, and the criminal cases that rely on them, at risk.

Inside BNPP's headquarters in Nigadoo, north of Bathurst, a provincial government review team found a disorganized evidence room with guns and drugs stored and labelled improperly.

"Several exhibits (dried plants and biological samples) are not where they should be stored," a report from the Department of Justice and Public Safety says.

BNPP has 16 full-time officers and its name comes from the four small communities they patrol along the Bay of Chaleur north of Bathurst: Beresford, Nigadoo, Petit-Rocher and Pointe-Verte.

Chief Charles Comeau said the police force welcomed the first audit and has addressed most of the issues it detailed.

He said officers kept notes about how an exhibit was handled but, in some cases, hadn't entered that information into the computer system. A new binder reminds them how to properly document evidence.

"Over the years, guys tend to forget stuff like that," Comeau said.

He doesn't believe the department has ever lost or contaminated any exhibits.

"I don't recall any case we lost because of mishandling of exhibits," said Comeau, who has been on the BNPP force for 30 years.​

The Department of Justice and Public Safety audits every municipal police force in the province annually.

A copy of that audit was obtained by CBC News through a freedom of information request.

In its inspection, the review team found two dried marijuana plants left in BNPP's shed. Though locked, the review noted the shed did not have an alarm.

"The exhibit custodian seemed surprised to see the exhibit there," the report says.

The plants were placed in a shed by mistake and were destined to be destroyed. Comeau couldn't explain how they got there.

Inside the police station, the team found a second surprise: the door of a small fridge containing biological evidence was left open.

It's not clear whether that damaged any of the evidence inside.

"This was pointed out to [exhibit custodian Sgt. Mathieu Richard], who was clearly surprised to see it there," the report says.

When asked why Richard was surprised, Comeau said the exhibit handler was new to the job and doesn't do it full time.

Reviewers found the police force's evidence room was "somewhat disorganized" with a desk used to store "loose exhibits." Guns were scattered on wall racks and standing upright in a corner.

"Only some of the firearms had trigger locks," the report says.

"Other firearms you could not tell visually if they were void of ammunition."

The review team pulled one file for review. It included an evidence bag with four pill bottles.

One of the bottles was empty, but investigators didn't write down how many pills were originally seized, making it hard to track the drugs over time.

"There was no indication the pills had ever been counted and/or weighed," the report says.

Money was seized as part of the drug case, but it disappeared from the evidence room.

After some searching, the officer responsible for exhibits discovered the money was used to pay some of the accused's fines. The chief signed off on it, but no one documented it.

2nd audit must be done by March 31

Two sexual assault kits were also found on the floor beside a freezer.

Comeau said both were from concluded files that had already gone through court and were destined to be destroyed.

The chief said the kits weren't left on the floor out of disrespect.

"The kits are used for investigative purpose and they had served their purpose," he said.

"I don't see why people should be offended that a box is left on the floor because it's going to be destroyed."

The independent audit must be done by March 31. The provincial government couldn't say who will be doing that review or what it will look at.

"It is the responsibility of the Chief of police to propose a way forward as to what means and by whom the audit would be performed," Department of Justice and Public Safety spokeswoman Danielle Elliott wrote in an emailed statement.

No one from the provincial government was made available for an interview about BNPP's handling of exhibits.

The department's emailed statement didn't address most of the issues that were found in by the review team.

The New Brunswick Police Commission acts as a police watchdog in New Brunswick, created to help improve "the quality of policing services provided to the public."

But commission chair Ron Cormier wasn't prepared to raise alarm bells about BNPP and how it handles its exhibits.

He said he's confident BNPP will fix the problems and said people shouldn't be concerned about the police force's ability to bring evidence to court.

"There are discrepancies with BNPP and they will be corrected, I'm sure."

Cormier declined to comment on exactly what BNPP or the Department of Justice and Public Safety need to do to address the problems.