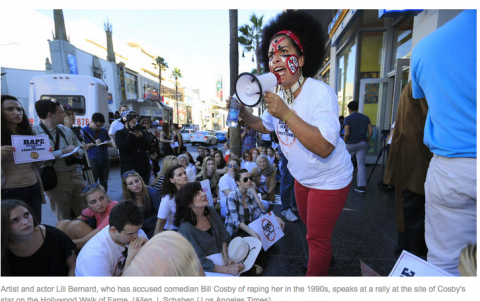 In the wake of sexual assault accusations against comedian Bill Cosby, California may soon end the statute of limitations for prosecuting rape and other felony sex crimes.

The state Senate on Tuesday sent the governor a bill to end time limits for prosecuting crimes including rape and child sexual abuse.

If the governor signs the bill, those crimes could be prosecuted at any time.

SB 813 would not apply retroactively to crimes in which the statute of limitations will have expired by Jan. 1, 2017.

Sen. Connie Leyva (D-Chino) introduced the bill after news that dozens of women have alleged Cosby raped them. Most of their cases cannot be prosecuted because the statutes of limitations for those alleged crimes have expired.

"It's called the Justice for Victims Act for one clear and specific reason: Victims should always have the opportunity to seek justice in a court of law after such a violent act," Leyva said Tuesday just before the California state Senate voted unanimously to send the bill to the governor.

Three women who accused Cosby of sexual assault testified in support of the bill in April.

Lili Bernard, a Los Angeles actress, testified during a hearing in April that Cosby had drugged and raped her in the early 1990s, before New Jersey, where she alleges the crime occurred, lifted its statute of limitations on sexual assault cases. When she tried to press charges, she said she was told she missed the deadline.

"War criminals, no matter how many decades have passed, cannot evade prosecution," Bernard told Senate committee members at the hearing. "I am asking you to do the same thing for us, rape survivors, who survived the war upon our body."

When the bill passed the state Assembly earlier this month, Assemblyman Mike Gipson (D-Carson) called the bill "long overdue" and one that would "ensure that criminals be placed in jail."

"The statute of limitations is there for a reason," said Natasha Minsker, director of the ACLU of California Center for Advocacy and Policy. "When a case is prosecuted literally decades after the event, it becomes much more ... difficult to prove that you are wrongfully accused."

Cosby is being tried in Pennsylvania after he was charged with several counts of felony sexual assault. The woman who is pressing charges filed them nine years after the alleged assault. Pennsylvania has a 12-year statute of limitations for rape cases.

Cosby has said his relationships with his accusers were consensual.

SB 813 is one of several bills passed by the Legislature prompted by high-profile assault cases. When Brock Turner, a Stanford University student, was convicted of sexual assault and sentenced to six months in jail, many said he should have received a heavier punishment. In response, lawmakers sent the governor bills that would expand the definition of rape to include all forms of non-consensual sexual assault and impose new mandatory minimum punishments for rapists.