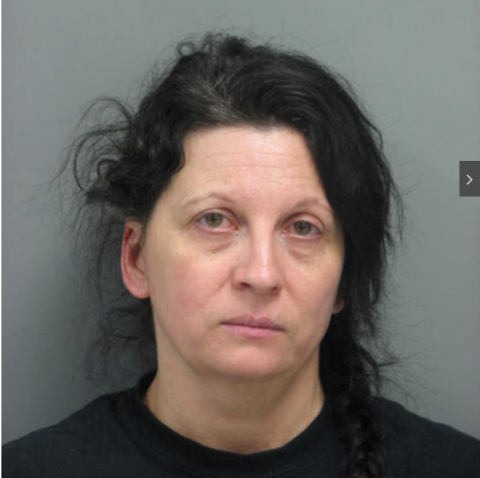 OMAHA, Neb. (KMTV) - Omaha Police have announced an arrest in a cold case murder from 2012.The Pottawattamie County Sheriff's office arrested 41-year-old Shanna Golyar in the murder of Cari Farver.Farver's family reported her missing on November 16, 2012. She was last seen in Omaha on the morning of November 13.

During the investigation police found her vehicle in Omaha on January 10, 2013.Omaha Police and the Pottawattamie County Sheriff's Office worked together and issued an arrest warrant for Golyar, for 1st Degree Murder in the case.Golyar was arrested Thursday at her home in Persia, Iowa.

She is being held in the Pottawattamie County Jail and will be extradited to Omaha.

The Omaha Police Department's Cold Case Unit is a recipient of the 2014 Solving Cold Case with DNA Grant from the National Institute of Justice, Office of Justice Programs and U.S. Department of Justice.OPD officials say the award allowed continued investigative follow up and DNA testing regarding the homicide of Farver.

Anyone with information about this case is asked to contact the Homicide Unit at 402-444-5656 or call Crime Stoppers at 402-444-STOP. All tips will remain anonymous.Tips on all homicides that lead to an arrest will be paid up to $25,000.00.

Tweet
How do you feel about this post?
Happy (0)
Love (0)
Surprised (0)
Sad (0)
Angry (0)
Tags:
cold case
Ex-South Texas officer sentenced for role in drug ...
Former Louisville Metro Police Department Detectiv...
Comment for this post has been locked by admin.