DNA evidence linked him to a 25-year-old homicide. 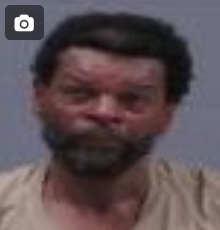 MANKATO — A man awaiting trial on charges he threatened people while panhandling outside Mankato businesses is wanted for murder in Pennsylvania.

Extradition papers were filed Thursday for Charles Cook, 61, after DNA evidence linked him to a 25-year-old homicide.

Cook, who is homeless, was arrested in Mankato in March on assault, threats, disorderly conduct and obstructing the legal process charges.

Police received a number of calls of a panhandler swinging a hammer in the area of Madison Avenue and Sioux Road. Another caller reported the man later identified as Cook got upset that she offered him food and not money and charged at her with a knife and a hammer.

Cook threatened a responding police officer and resisted arrest, according to the criminal complaint.

Prosecution was delayed because Cook was found to be incompetent to stand trial and was committed to the St. Peter Security Hospital for six months. He was released back to jail earlier this month. A trial date is now scheduled to start Jan. 19.

Blue Earth County Attorney Pat McDermott said it's not yet known whether Cook will be extradited before that trial proceeds. Cook's attorney has indicated an intention to contest the extradition, McDermott said.

Cook is wanted in connection with the 1991 slaying of Myrtle McGill, 76. She was found shot to death in her home outside of Pittsburgh and no suspects were identified, according to media reports.

McGill's car was later found abandoned with a cigarette butt inside. A 2007 DNA test of the cigarette matched Cook, whose DNA was on file because he was a registered sex offender.

Authorities were unable to locate him until he was arrested in Worthington early this year. Investigators obtained another DNA test but didn't arrest Cook. He soon after was arrested in Mankato.

Murder and robbery charges were filed in October after the DNA match was reaffirmed.