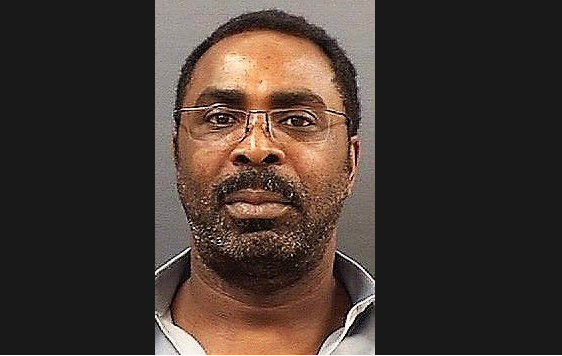 The Hendersonville Police Department was negligent when it failed to deliver a rape kit to the TBI for testing for more than a decade, Judge Dee David Gay ruled last month in his dismissal of a rape charge that dates back to 2003.

Jason Swinburne Augustine, 55, was indicted by a Sumner County grand jury in October of 2016 on charges of rape, sexual battery by an authority figure, and incest, according to Sumner County court documents.

Augustine's indictment came 13 years after a 16-year-old went to an emergency room on Sept. 10, 2003 where a medical-legal or "rape kit" examination was done. The alleged rape occurred on Sept. 9, 2003.

The rape kit was taken to the HPD property room where it remained until May 21, 2014, according to Gay's order to dismiss the indictment.

"The inaction by the Hendersonville Police Department was not deliberate," Gay said. "It was the result of negligence."

Police reopened the case in 2014 and began looking for Augustine, who had moved to Ohio, in January of 2015, according to the order. They located him within two days and he agreed to provide a DNA sample.

Gay said the indictment should be dismissed because prosecution of Augustine would violate the relevant statute of limitations - the maximum time allowed to initiate legal proceedings from the date of an alleged offense. In Tennessee, the statute of limitation is eight years for a rape charge. It is four years for both sexual battery by an authority figure and incest.

The judge additionally ruled that the delay of 13 years before Augustine's indictment violated his due process rights under the 5th and 14th amendments to the United States Constitution.

"This was a difficult case for the state because the evidence was there to prove that the victim was truthful," said Sumner County Assistant District Attorney Tara Wyllie. "However, because of issues with the way the evidence was handled, we were not able to get justice for the victim."

In March of 2014 the Tennessee state legislature passed a law requiring the Tennessee Bureau of Investigation (TBI) to conduct an audit of untested rape kits when more than 12,000 untested kits were found in Memphis alone.

That same year, the TBI audit found seven untested kits in the Hendersonville Police Department, according to a news report in the Commercial Appeal.

Tennessee legislators in 2015 passed a law requiring law enforcement to send rape kits to the TBI or another accredited lab for forensic analysis within 60 days of taking possession of the kit.

"It was the policy to do that to start with," said Miller who came to work for the department in 2010 from Metro Nashville. "You turn the stuff in immediately - and I was rather shocked that it wasn't.

"I wasn't here [in 2003] and evidently whoever was in charge didn't push the issue."

According to Hendersonville police Commander Scott Ryan, the department previously stored rape kits with general evidence, and has changed that practice.

"We are segregating them so that we know what kits we have at all times," Ryan said.

Tweet
How do you feel about this post?
Happy (0)
Love (0)
Surprised (0)
Sad (0)
Angry (0)
30-year-old untested rape kit highlights massive b...
Ex-Lowellville police chief guilty of theft in off...
Comment for this post has been locked by admin.