The charges related to allegations that drug evidence had been removed from the evidence locker at the police station. 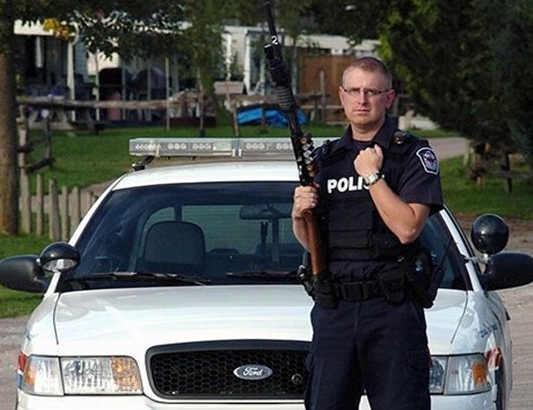 A Kawartha Lakes Police officer has pleaded guilty to one count of breach of trust and admitted he stole drugs from the police force's evidence room in 2018, which compromised eight ongoing investigations.

Detective Constable Jeff Burke entered a plea in court on Monday (May 27).

The charges related to allegations that drug evidence had been removed from the evidence locker at the police station.

In December of 2017, then-Chief John Hagarty contacted the OPP and requested an investigation. Burke was charged the following April.

Those allegations came to light during an investigation into possible misconduct under the Police Services Act following Burke's arrest and the evidence was handed to the OPP to investigate.

In court on Monday, following Burke's plea, Justice Javed also accepted the Crown and defence's request that he also hear sentencing submissions, which took most of the day (May 27).

The Crown said the most serious factor in sentencing is that Burke's actions compromised eight drug investigations, forcing the Crown to stay the proceedings in those cases.

The Crown said on Dec. 23, 2017 Burke went to the police station, and another officer found him "hiding in the kitchen." As he was on medical leave at the time, the officer realized he had "no business being in the police station" and she suspected he was under the influence of drugs.