No fire inspection report, poor ventilation in the narcotics storage areas, lack of adequate security cameras throughout the facility, and an aging building that is near capacity that lacks stand-by power, has minimal air conditioning and an outdated elevator. 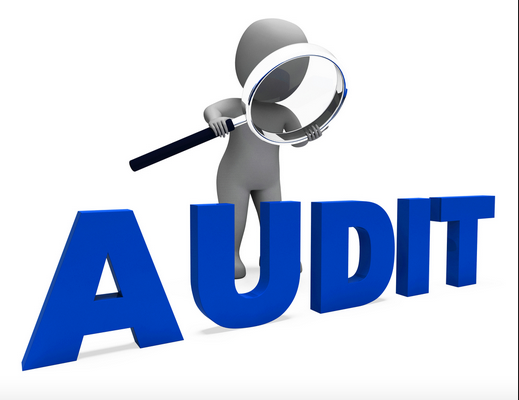 On February 2, 2021, the 2020-2021 Kern County Grand Jury (Grand Jury) visited the Kern County Sheriff's Property and Evidence Facility (Property Room). The investigation identified fire suppression concerns including: no fire inspection report, poor ventilation in the narcotics storage areas, lack of adequate security cameras throughout the facility, and an aging building that is near capacity that lacks stand-by power, has minimal air conditioning and an outdated elevator.

The Grand Jury visited the Kern County Sheriff's Property and Evidence Facility to inquire into the operation, condition and management of the facility pursuant to Cal. Penal Code § 925(a). Prior Grand Jury reports of 2009-2010, 2011-2012 and 2012-2013, on the Property Room identified areas for improvement.

The Grand Jury reviewed prior Grand Jury reports identifying areas for improvement in the Property Room located at 1501 L Street, Bakersfield, CA 93301, behind the Central Receiving Facility. The building was constructed in 1936, remodeled in 2002, and is maintained by Kern County General Services (General Services).

The Property Room is responsible for receiving, securing, releasing, and storing a variety of evidence and property. In addition, safeguarding law enforcement evidence for the Kern County Sheriff's Office, District Attorney's Office, County Probation Department, Kern High School District Police Department, Bear Valley Police (for destruction of firearms only) and the Kern County Parks and Recreation Department related to various crimes. Many pieces of evidence are preserved and protected indefinitely in compliance with statutory mandates. Property Room personnel are accountable for security and evidence retrieval ensuring proper chain-of-custody for potential court proceedings. Additionally, they are responsible for returning lost-and-found property surrendered to law enforcement agencies to the rightful owner.

A. All evidence is bar coded upon arrival and audited annually. Property Room Sheriff's Aides conduct more frequent audits on weapons, cash, and narcotics. There are approximately 150,000 pieces of evidence in the facility; the oldest dates back to the 1930s.

B. Many storage areas of the facility use security card access, however, coverage is not complete. Access to firearms, narcotics, and money require two authorized personnel at all times. The sergeant assigned to the facility audits the access records.

C. The first and second floors are not covered by a fire suppression system.

E. In 2017, General Services performed a project-specific building inspection only for the rolling shelves in the basement.

G. Evidence is rarely lost or misplaced, however:

H. The camera security system does not cover all areas of the facility. Additional cameras would add a higher level of security for evidence. A request has been submitted for an additional 72 waterproof, vandal proof cameras. The Sheriff's Office submitted the quote for budget consideration in the overall budget FY 2020-2021.

I. There are approximately three years of storage space remaining in this building. The staff adds approximately 20,000 pieces of new evidence to the Property Room annually. Management expects increasing amounts of evidence collection.

K. The elevator traverses from the basement to the second floor. Its use is important for transporting heavy or large pieces of evidence. It has a history of erratic operation and expensive service and repair.

L. The Property Room is currently at full staff, which includes:

This Grand Jury would like to thank the commander, lieutenant, sergeant, and staff for the professional tour and information provided supporting our investigation. The Property Room is clean, organized and efforts to optimize the space is obvious. The Grand Jury recognized the staff is doing their best to maintain irreplaceable evidence but only so much can be done in a building that is past its usefulness.

Va. town votes to fire ‘every officer in its polic...
Arrest made in 1983 cold case murder in Montgomery...