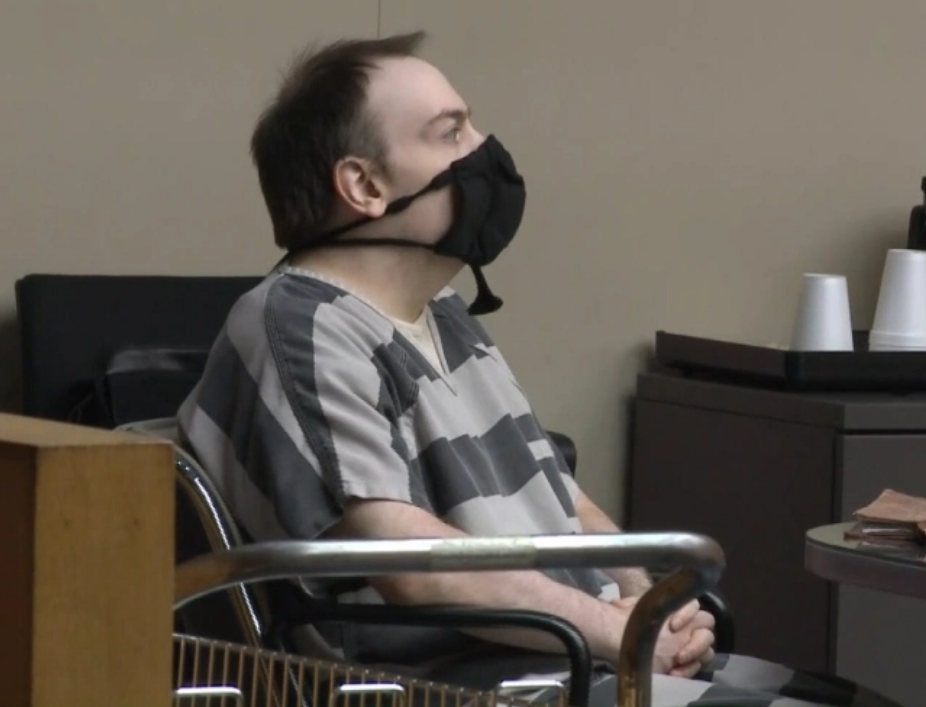 KNOXVILLE, Tenn. (WATE)- Joel Guy Jr., who was convicted of murdering and dismembering his parents over Thanksgiving weekend in 2016, was back in a Knox County courtroom Friday for a hearing related to evidence used in his trial.

Joel Guy Jr. sentenced to life in prison for murder, dismemberment of parents in 2016 slayings at Knox County home

Hammond told the court the chemicals are a fire and safety hazard to his employees. One of them, he said, had an adverse reaction after encountering them.

"She had suffered a reaction which caused a severe rash on her feet and arms. That rash lasted about an hour and a half," Hammond said.

His request to Judge Sword: have the chemicals assessed by a chemical company and then empty the containers, or at the very least, move them out of the evidence vault.

Hammond said if they are required to keep the containers as they are, they need to be moved. He provided photos of the containers with the chemicals to the court.

"I'm at the point now, where I really don't feel like I can send anyone down there until we take care of this," Hammond said.

Another suggestion was to move them into a secure area in the garage of the City-County Building or put into other more secure containers. Right now, according to Hammond, at least one container is leaking.

Assistant District Attorney Leslie Nassios, who prosecuted the case against Joel Guy Jr., said that samples could be taken from the containers.

"Mr. Guy will be appealing and hoping for a retrial in this matter and so he did not want to give up any rights, by agreeing that something could be disposed of but then maybe it becomes critical in trial what was in that at a new trial, and yet, we've allowed it to be disposed of," Stephens said.

Judge Sword said Hammond's concerns were "well-founded" and is planning to do research on precedent when it comes to handling evidence in this way.

"It certainly is a unique situation," Sword said.

Judge Sword told Hammond to speak with the fire department about the best course of action.

He will issue a written order that recommends taking a sample from the chemicals if they ever need to be tested in the future. Judge Sword also suggested saving the containers, but the rest of the chemicals can be disposed of.

Guy Jr. will be sentenced on the remaining charges at the end of November.