An evidentiary hearing in a burglary case became the backdrop for a Kentucky State Police (KSP) detective to publicly testify about the ongoing investigation of money missing from the Pulaski County Sheriff's Office's evidence room. 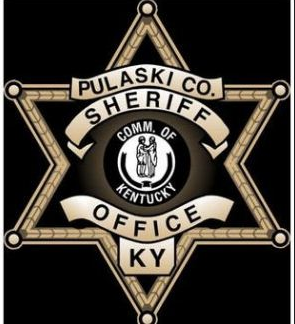 An evidentiary hearing in a burglary case became the backdrop Monday for a Kentucky State Police (KSP) detective to publicly testify about the ongoing investigation of money missing from the Pulaski County Sheriff's Office's (PSCO) evidence room.

While on the surface the two cases aren't connected, defense attorneys were concerned that a PCSO investigator working their case might also be a person of interest in the KSP investigation.

That concern led to them to question KSP investigator Michael Keaton, who is in charge of the missing evidence case.

And because the KSP investigation into that missing evidence is still open, Keaton was unwilling to provide any information that would jeopardize his investigation – including naming any potential suspects they may be looking at.

He did, however, say that one of the deputies he interviewed was Cody Cundiff, the same person who was the lead investigator in the burglary case.

"He's just one of the people I talked to. I wouldn't call him a suspect," Keaton said.

However, the attorneys defending their civilian clients argued that their case – which could depend on the credibility of the PCSO personnel investigating it – should be postponed until the KSP report on the PCSO evidence locker disappearance was made public.

That would allow them time to look over the report and potentially use it to judge the character of the investigators in their case.

Ultimately, Pulaski County Circuit Judge Teresa Whitaker agreed, and scheduled a trial for the civilian burglary case for October 2023 – hopefully far enough out that any KSP report would be finished and made public.

Back in August, it was reported by Sheriff Greg Speck that KSP was investigating the disappearance of around $25,000 of cash that was being held as evidence within the PCSO's safe.

Normally, only two people have access to that evidence holding room, the primary and secondary evidence officers.

The investigation began after the October 2020 retirement of a deputy assigned to one of those roles. When two new evidence officers were appointed in November 2020, a complete internal audit of the evidence room's holdings was undertaken.

During that audit, it was determined that there was money logged in as evidence that was not accounted for within the safe. A second audit was conducted at Sheriff Speck's orders, and once that audit could not account for the money, Speck called in KSP to conduct the investigation into what happened to it.

During Monday's court appearance, Keaton testified under oath that the missing money came from cash evidence seized in 17 cases, all of which occurring between 2015 and 2019.