The indictments showed multiple instances of drugs and evidence in the form of cash and coins — more than $12,000 — being taken from the Enfield Police Department's evidence room. 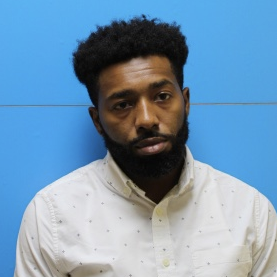 Lieutenant Shane Guyant of the Halifax County Sheriff's Office, which filed the initial evidence tampering counts against Murphy in 2020, said the United States Department of Homeland Security assisted in getting the images off electronic devices.

After what Guyant called an extensive digital forensic examination was completed in which investigators used Tanner staging to determine the age of the children in the images, they testified before the grand jury.

On Tuesday Murphy surrendered to sheriff's office investigators and was released on $10,000 bond. He has an October 24 first appearance in Halifax County District Court. He is expected to appear in Halifax County Superior Court in January on the evidence tampering and other counts.

Guyant said the latest charges contend that Murphy possessed child pornography which contained visual representations of minors engaged in sexual activity on electronic devices seized from his home in September 2020.

Murphy is charged with possessing the material, not disseminating it.

The 2020 counts against Murphy were based on an investigation which led to a multiple count indictment which charged him with embezzlement and altering, destroying or stealing criminal evidence.

The indictments showed multiple instances of drugs and evidence in the form of cash and coins — more than $12,000 — being taken from the Enfield Police Department's evidence room.

Murphy is no longer working in law enforcement, Guyant said.