Kentucky State Police are investigating the disappearance of around $25,000 cash 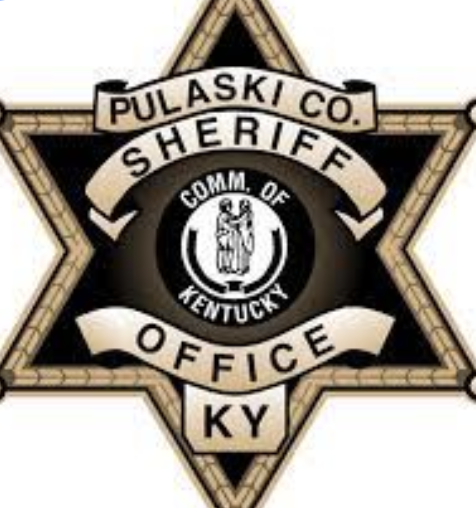 The Pulaski County Sheriff's Office and Kentucky State Police are investigating the disappearance of around $25,000 cash from within the Sheriff's Office evidence room, as reported this week by Sheriff Greg Speck.

The money was discovered missing after an internal audit of the evidence room took place from November 2020 to January 2021. Before the audit, it is believed there were a total of four PCSO employees who had access to the area the money was being stored, Speck said.

Speck confirmed that the investigation is being conducted by the KSP, primarily by lead investigator Detective Michael Keaton.

It is being treated as a criminal investigation, Speck said.

"The goal of this investigation has always been to find the perpetrator, charge them, and see them brought to justice," Speck said. "These type of thefts unfortunately happen everywhere — businesses, banks, churches, charity organizations, schools, doctors offices, and police and governmental agencies. In my career I've seen it happen in all these places. It's extremely disappointing that it happened here."

Speck explained that the room in which all evidence is stored is only accessible by two specific people, a primary and secondary evidence officer.

"No one else here, including myself, has access to the evidence room," Speck said. "... The evidence room is protected by a numerical keypunch lock and a special key card."

He said that the room has a main door that is kept locked, and within that room is a special room — behind a second locked door — where all drugs, guns and money are stored.

Within the second room is a third level or security, a safe where money is stored.

"In November 2020, we were changing evidence officers due to a resignation. We were changing the primary and secondary [officers]. Because of the transition, a total of four people had access to the cash held in evidence. During this transition, a complete audit was conducted of all items in the evidence room, including the cash that was being held. The complete audit took some time. It started in late November, but it was concluded on January 19, 2021," Speck said.

That audit indicated that an amount of cash, approximately $25,000, belonging to more than one case, was unable to be found. Speck said he knows the exact amount of money and the exact number of cases, but cannot give specifics due to the ongoing investigation.

"The money was actually seized by the Sheriff's Office in drug investigations that had not gone to court yet," he said, meaning the evidence should not have been taken to the Judicial Center or have left the room for any court-related reason.

After that first audit, Speck states that he ordered a second audit "because I wanted to be sure that this wasn't a mistake or it wasn't some place that it shouldn't have been."

When the second audit concluded that the money was truly gone, Speck filed a written request with KSP Commissioner Phillip Burnett for State Police to investigate.

Speck said that the evidence room has a surveillance system that records on a 50-day loop. Once Speck was told about the possibility of evidence being missing, he said he secured the footage from that timeframe.

He said that he cannot provide further details of the crime at this time.

"Of course, as in all cases like this, I can't say anything that could jeopardize possible future prosecution," he said.

Changes in policy have been made since the disappearance of the money. Speck said that all cash held in evidence is moved from the office to a bank before the end of the 50-day surveillance loop.

"We have a new evidence custodian. We've completed another audit in July of this year, when the new custodian was hired, and that audit showed no items unaccounted for," Speck said.

He added that his office has an insurance policy that covers theft, and the office filed a claim with the Kentucky Association of Counties that paid the amount of the missing money.

It will ultimately be up to a special prosecutor to review the findings of the KSP investigation to determine whether to prosecute a potential theft case, Speck said. That special prosecutor will take the place of Commonwealth's Attorney David Dalton, who serves the 28th Judicial Circuit, which includes Pulaski County.

Speck said Dalton has recused himself from prosecuting the case due to having worked with PCSO and its employees in other cases, which is standard procedure in matters like this.