The weapons include shotguns, pistols and bolt-action rifles. 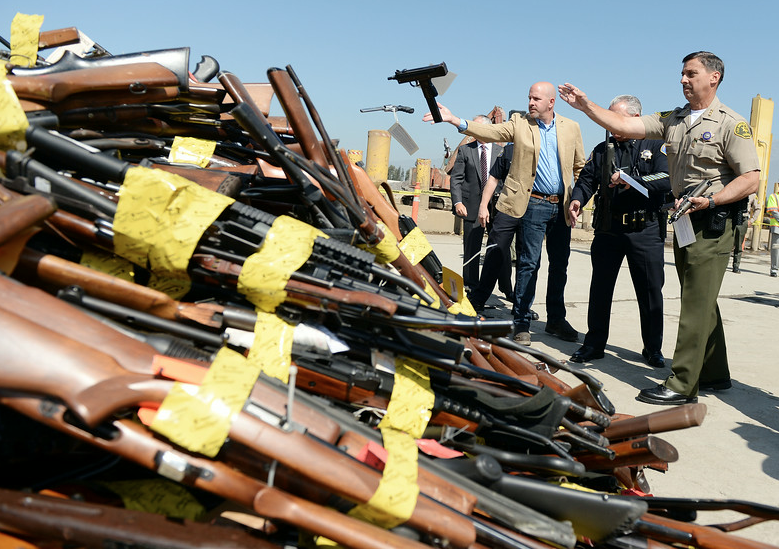 LACONIA — Police have asked a judge to allow them to destroy about two dozen guns, some used in crimes, some used in suicides and others simply found on land or in a river.

The weapons include shotguns, pistols and bolt-action rifles.

Police Chief Matt Canfield said the department could sell some of these guns, but chooses instead to have them cut into pieces.

"We don't want to sell them because we are concerned they could later be used in a crime," he said. "Then it would be traced back as coming from our evidence locker."

He said the evidence storage locker tends to get filled up with these weapons. Knowing when to dispose of them can be tricky.

After a suicide, for example, the department will call a family to ask if they want the gun back. Sometimes, that's a conversation that can be upsetting. Often the family wants nothing to do with the weapon, but occasionally they want it returned.

Police have latitude in destroying some guns, but there are gray areas when the ownership of a gun may be in doubt. In other cases, police will ask people if they want a gun back, and the call is not returned.

Eleven states have passed NRA-backed laws encouraging or requiring police to resell confiscated guns, but New Hampshire is not one of those states.

However, just to make sure all legalities are observed, police seek a judge's permission before destroying weapons.

That was the case on Aug. 17 when County Attorney Andrew Livernois filed a petition with the Belknap Superior Court, seeking a court order to permit police to destroy 22 guns.

Presiding Justice James D. O'Neill III declined to immediately grant the request. He said in criminal cases, defendants should be notified of the motion to destroy the weapons and given an opportunity to respond.

In cases in which people simply turned in weapons, police do not need court permission to destroy them, he said.
"Accordingly, the pending petition is held in abeyance pending compliance with the above," he wrote.

Canfield said he expects the court will eventually grant permission to destroy the weapons, which is accomplished by cutting them into pieces at a factory.

There is also a AK-47 military-style rifle, a Kel-Tec P-32 pistol and a .38-caliber chrome revolver, among other weapons.

In addition to the guns that were turned in, police also have weapons involved in cases such as stalking, domestic violence, reckless conduct and felon in possession of firearms.