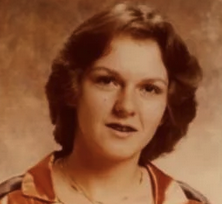 LAS VEGAS (FOX5) -- The Las Vegas Metropolitan Police Department announced Monday that a cold case homicide from 1979 has been solved thanks to a donation from a local philanthropist.

According to LVMPD Lt. Ray Spencer, the cold case was that of Kim Bryant, a 16-year-old Western High School student who was kidnapped, raped and murdered.

Lt. Spencer says that Bryant's mother had reported her missing after she never returned home from school.

"Can unlock DNA clues from trace events of DNA or evidence that is older or degraded. Any type of forensic evidence, and we are the only lab in U.S. or Canada that is built only for this," Othram chief business development officer Dr. Kristen Mittelman said.

As recently as 2021, the LVMPD lab ran the limited DNA from the case with no luck. However, things changed when they were given the opportunity to take the DNA to Othram's lab.

According to Lt. Spencer, Peterson also at one point attended Western High School.

There will be no arrests made in the case, according to Lt. Spencer, as Peterson died in 1993.

It was announced earlier this year that philanthropist Justin Woo had donated funds that led the department to be able to solve the 32-year-old cold case of Stephanie Isaacson.

The lab built a genetic profile of the killer from just 15 human cells. That is the smallest amount of DNA ever in a criminal case, according to Othram.

"We don't want to do this in a one-by-one case basis. We want to use this technology to clear entire backlogs, and give answers to multiple families," Mittelman said.

Woo provided around $5,000 to fund each case, and said he has assembled several other people in the Las Vegas community to help pay for seven more tests to be sent to the Texas lab.

"Hopefully we may even have a spot where we crowd fund from the local community to get enough money to solve additional cases in the future," Woo said.

Othram crowdfunds to provide the advanced DNA testing to help solve many of the several hundred cases they've assisted in.

LAS VEGAS (FOX5) -- The Las Vegas Metropolitan Police Department announced Monday that a cold case homicide from 1979 has been solved thanks to a donation from a local philanthropist.
https://www.fox5vegas.com/news/las-vegas-police-1979-cold-case-murder-of-western-high-student-solved/article_279c6130-5161-11ec-bbda-47d0d9a3baed.html
Tweet
How do you feel about this post?
Happy (0)
Love (0)
Surprised (0)
Sad (0)
Angry (0)
Tags:
cold case homicide West Coast
Stolen trust. Lost cases: How a Toronto cop stole ...
Missing evidence prompts prosecutors to drop all c...