"It's very upsetting, it's devastating. He's my only sibling," said Sharon Jonas, whose brother Gary Grubbs died two years ago from an overdose. 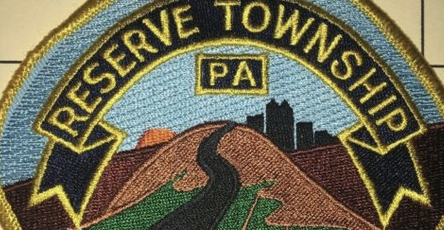 Prosecutors have dropped all charges against an alleged drug dealer after a mixup involving evidence against him.

That's angering the sister of a man whose overdose death helped spark the case.

"It's very upsetting, it's devastating. He's my only sibling," said Sharon Jonas, whose brother Gary Grubbs died two years ago from an overdose.

After his death police began investigating Dann Kendrick, making undercover drug buys at Kendrick's Manchester home and other locations, according to a criminal complaint.

Last year police raided Kendrick's home, finding fentanyl near his children's toys.
Police said they also recovered six cell phones but when the case went to trial, prosecutors realized the phones were never taken into evidence. The day a jury was selected, all charges were dropped.

In an email to Jonas, Allegheny County Deputy District Attorney Brian Catanzarite said, "The missing evidence in combination with the lack of a previously documented explanation for the evidence not being in possession despite a sworn affidavit given under oath directly led to the withdrawal of charges."

Mike Manko, a spokesman for District Attorney Steven Zappala, said that "due to information received after jury selection had been completed, we determined we could not ethically proceed with the case."

"I don't feel justice was served, My family was devastated and probably other people's families and this person is free to go home to two little kids and maybe devastate their lives too. It just feels like a travesty of justice," Jonas said.

Action News Investigates caught up with Kendrick and asked him about the missing evidence.

"They had old phones. They didn't have any evidence. They had nothing," Kendrick said.

The police chief in Reserve Township, which handled the arrest, said his officers had all the drug and cash evidence they needed.

"My guys didn't take some evidence that they should have. They should have confiscated those phones," Chief James Etherington said.

He said no disciplinary action was taken against any officers, but the department has corrected its procedures for handling evidence.

Pitt law professor David Harris said maintaining a so-called chain of custody is critical for any criminal case but especially when drugs are involved.

"When the chain of custody is broken it introduces a set of doubts into the whole process," Harris said.

"I'm not a lawyer, I just know what feels right and wrong and this feels very wrong when so much evidence does exist, how nothing could stick, no charge," Jonas said.