Regardless, police policy requires officers to deposit items they seize into evidence lockers at headquarters. 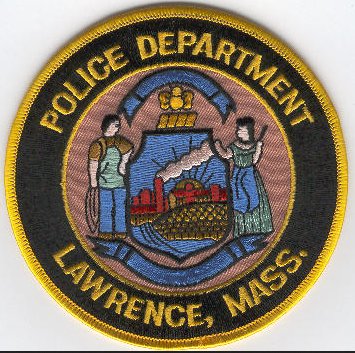 LAWRENCE -- An 18-year veteran of the police force has been put on paid leave while the department investigates an allegation that he seized a legally registered handgun during a traffic stop last month and took the weapon home.

Fitzpatrick said the nature of the allegation against Melendez justified putting him on administrative leave, but would not say why his recommendation came five weeks after the incident.

He said he expected the Internal Affairs investigation could be completed as early as Friday.

Fitzpatrick said the gun Melendez allegedly took home was legally registered to someone in the car, but would not comment further. Police can seize legally registered guns from owners if they believe they are violating the law, such as being in possession of a firearm while intoxicated.

Regardless, police policy requires officers to deposit items they seize into evidence lockers at headquarters.

Fitzpatrick said the allegation against Melendez is not part of an on-going audit of the evidence lockers. At least one officer – William Green, who also is on paid leave for unrelated matters – has alleged that officers steal items from the lockers. Green said last month that he will run for mayor this year.

The investigation into the allegation against Melendez began when a superior officer questioned him about why he waited several days before filing an incident report.

Melendez joined the Lawrence police force in August 1999 after serving eight years in the Army. He is the stepson of Isabel Melendez, a long-time community activist who managed former Mayor William Lantigua's unsuccessful re-election campaign in 2013.

He could not be reached Wednesday.

LAWRENCE -- An 18-year veteran of the police force has been put on paid leave while the department investigates an allegation that he seized a legally registered handgun during a
http://www.eagletribune.com/news/merrimack_valley/lawrence-police-officer-placed-on-leave/article_bc143fcc-42f6-52ff-9b1e-cae003420419.html
Tweet
How do you feel about this post?
Happy (0)
Love (0)
Surprised (0)
Sad (0)
Angry (0)
Tags:
evidence lockers East Coast Big Three: Chain of Custody assault  kits altered evidence
New guidelines for police department's evidence st...
County Sheriff’s K9 Officer Arrested, Accused of T...