Nearly 11 months after he was accused of breaking into the evidence locker and overdosing inside the police department he worked for, former Johnstown Police Officer William Slisz has not been charged with a crime, and there is no timeline of when the investigation might be completed. 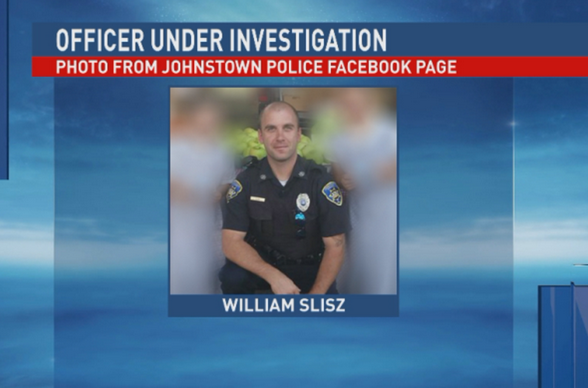 JOHNSTOWN — Nearly 11 months after he was accused of breaking into the evidence locker and overdosing inside the police department he worked for, former Johnstown Police Officer William Slisz has not been charged with a crime, and there is no timeline of when the investigation might be completed.

Slisz, who served as a special detective with the Cambria County Drug Task Force in addition to being a Johnstown police officer, signed an oath in July 2016, a few months before the overdose investigation, to serve the county with "fidelity," according to documents obtained by 6 News.

That investigation will stretch into its 11th month this week, but barely any new information has been released since its beginning in October, when Cambria County District Attorney Kelly Callihan promised that Slisz would face charges.

After multiple delays in the investigation, 6 News reached out to David Harris, a law professor at the University of Pittsburgh, to find out whether investigations like this typically take nearly a year.

He said barring a few reasons, they don't take this long, particularly when cases are "clear cut" like this one.

"This would be enough for anyone to be charged and the legal process to begin," Harris said.

But Slisz wasn't charged. Instead, Callihan told 6 News on Wednesday, Pennsylvania State Police began an investigation into Slisz's past cases as well as cases going back years involving evidence stored in the Johnstown police evidence room.

Generally, Harris said, a suspect would be charged first before a wide-ranging investigation like that began.

Regardless, state police told 6 News on Wednesday that they have completed their investigation and sent their report to Callihan, who would not make clear through an administrative assistant Wednesday why exactly her report has been delayed again.

"This was a long process and the investigators needed ample time to complete it coupled with also investigating the acts of Officer Slisz on the date of the overdose and prior thereto. It is not possible to place timelines on investigations that are extensive in nature."

"This incident has left a cloud over the city, and we need to move forward," he said.

Mayor Frank Janakovic said the investigation is in the DA's hands now, and Councilman Pete Vizza said he has confidence in the agencies involved.

"We are in the final stages of verifying the custody of everything we are supposed to have," he continued.

Harris said that when the results of the investigation are made public, people should expect a detailed explanation as to why it took so long.

"Think in terms of whether or not there was any reason for the delay, other than 'We were just investigating,'" Harris said. "That's not sufficient to tell us why there's been a delay of 11 months."