A little over an hour after paramedics took a dying Boynton Beach, Florida man to the hospital, Palm Beach County Deputy Jason Cooke was caught rifling through the man's cabinets and drawers, according to a probable cause affidavit. 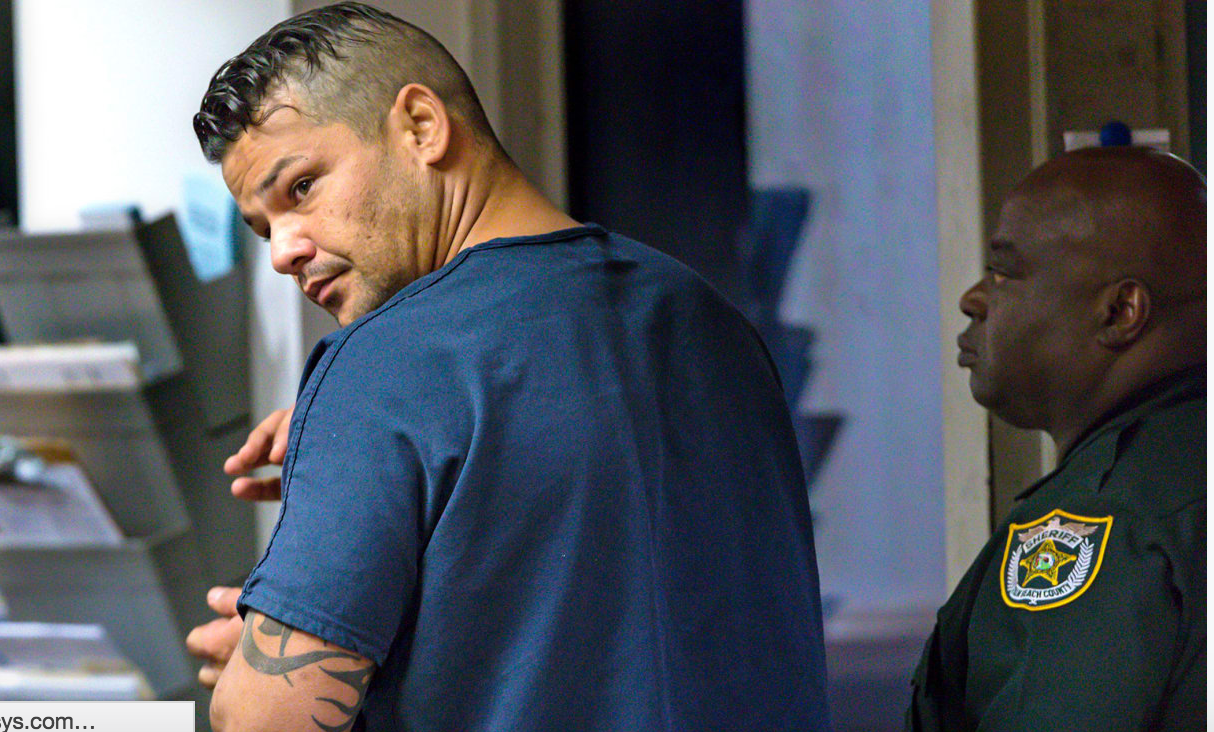 A sheriff's deputy swooped into a senior citizen's house after paramedics were called — and was caught on security cameras rifling through drawers for medication.Emilie Plesset10.25.17 12:30 PM ET

A little over an hour after paramedics took a dying Boynton Beach, Florida man to the hospital, Palm Beach County Deputy Jason Cooke was caught rifling through the man's cabinets and drawers, according to a probable cause affidavit.

Cooke was arrested last week and is facing charges of grand theft of a controlled substance and armed burglary during a state of emergency. He is being held on a $28,000 bond.

Police found Moe Rosoff, 85, unconscious at his house last month after he weathered Hurricane Irma alone. Cooke entered the house after police left and Rosoff was taken to the hospital, where he later died. Cooke's movement, however, sent an immediate alert to Rosoff's sons, who reported him to the Palm Beach County communications center, according to court documents.

"We were outraged and disgusted when we viewed [the security footage]," Rosoff's family said in a statement.

Cooke told police he had taken drugs from the house and entered the residence by using the garage code listed in the department's dispatch log. Rosoff's family said that the deputy also stole money and jewelery. A search of Cooke's patrol car turned up several other stolen prescription narcotics and pain relievers, according to court documents, which Cooke said he took from a separate death investigation.

Though Cooke was caught on surveillance video almost five weeks before his arrest, Rosoff's family said that police suspended his arrest to allow him to enter a 30-day drug rehabilitation program, adding that they "hope that the justice system treats this cop like any other criminal out there and that he doesn't receive further preferential treatment because he is a police officer."

"If Officer Cooke was operating in his official capacity under these medications, it is our belief that he may have posed a significant threat to the public's safety since just a few of the noted side effects of these medications include confusion, impaired thinking, impaired reactions, abnormal behavior, tremors, drowsiness, altered state of consciousness and anger," the family said in the statement. "In our opinion, had we not had this video, this cop would still be out there posing a threat of danger to the community he swore to protect and committing more crimes."

"Unfortunately sometimes an employee makes a bad decision, which leads to misconduct," the Palm Beach County Sheriff's Office said in a statement. "This misconduct was reported, investigated and subsequently determined to be criminal in nature, resulting in the charges." A sheriff’s deputy swooped into a senior citizen’s house after paramedics were called — and was caught on security cameras rifling through drawers for medication.
https://www.thedailybeast.com/florida-cop-stole-drugs-from-dying-mans-home-after-hurricane-irma
Tweet
How do you feel about this post?
Happy (0)
Love (0)
Surprised (0)
Sad (0)
Angry (0)
Tags:
assault  kits Chain of Custody Big Three: controlled substance altered evidence
Advocates criticize handling of sexual assault evi...
Deputy, sergeant face hearings in Dracut evidence ...
Comment for this post has been locked by admin.