(Aurora, Ind.) – An alleged child molestation in 2015 may have never happened, if it weren't for a case file going missing from a local police department nearly a decade ago 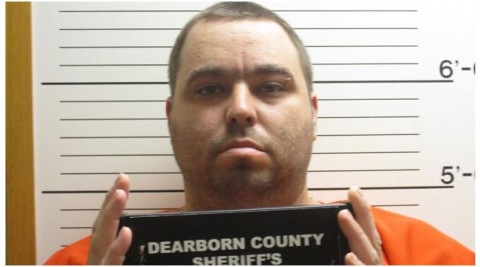 Michael Mathews was 24-years-old in 2007 when he lived in Aurora. That February, he came under investigation by the Aurora Police Department for allegedly molesting a 12-year-old girl over a six month period, according to court records. The victim's parents contacted police when they found out about the relationship. There was even video evidence of one encounter between the two.

After professional forensic interviews with the victim were conducted, the parents and the victim never heard back from police. The victim was under the impression that Mathews was charged and arrested until this past March when police asked to interview her, now as an adult.

Despite the large amount of evidence, that 2007 investigation never led to any charges against Mathews because the case file being built against him had been lost or destroyed soon after it began. What's worse, Aurora Chief of Police Josh Daugherty says, is that a whole year of case files from that time period vanished.

Daugherty, who was only a patrolman with the department in 2007, says the files went missing when the police department was transitioning to a new headquarters around the time of the Mathews investigation.

Fast forward eight years. Mathews came under investigation in November 2015 when an 11-year-old victim reported to her mother that Mathews, now 34-years-old and living in Greendale, had attempted to engage in sex acts with her, according to a new court affidavit filed last December by Greendale Police.

Greendale Police Sgt. Kendle Davis was the officer to investigate the new allegations against Mathews. According to the affidavit, after speaking with the victim's mother, Davis went to view Mathews' name in the police department system. He discovered that an investigation had been opened in 2007. Davis followed up by asking Daugherty what had happened with the case, which Daugherty explained.

Had Mathews been charged with 2007 allegations back then, he would have faced two counts of Child Molesting (class A felony). Those convictions could have kept him in prison for a sentence of 20 to 50 years.

As it turned out, Mathews remained free and slipped off of law enforcement's radar, only to allegedly victimize another child just last year.

So what about all those missing files from the 2007 Mathews case and countless others by the Aurora Police department? Former Aurora Chief of Police Dana Cotton was in charge of the department's evidence when the APD was moving to a new headquarters.

"Cotton says that when we moved or something that they got mixed up in a pile of stuff that was supposed to be thrown away. They had the utilities workers come down and take the paperwork and have them destroyed. Instead, they took the wrong pile," current chief Daugherty recalls during an interview with Eagle Country 99.3.

Cotton was terminated as Aurora's chief of police in 2009 following allegations that he stole city property. He was charged and later convicted of felony Conflict of Interest.

Daugherty says he doesn't know that any case files were intentionally lost or destroyed by anybody. The allegations against Mathews were never followed up on because the officer investigating him was let go by the APD at around that same time period.

"At best, it didn't look good… …It was a circle of bad events with bad management and bad officers," says Daugherty.

The blunder led to multiple cases being dismissed or never completed, according to the chief. To this day, some evidence remains in the department's evidence room with no known connection to any case because of the lost files. Daugherty wants to assure citizens that the Aurora Police Department runs in a more professional manner today.

"It's unfortunate that case, a serious child molesting case, was not filed because the ball got dropped from a sloppy officer or who knows what happened," says Daugherty.

Matthews was arrested on May 9. He bonded out of jail for $2,505 on May 13. A pre-trial hearing is scheduled for June 27 in Dearborn Superior Court I.