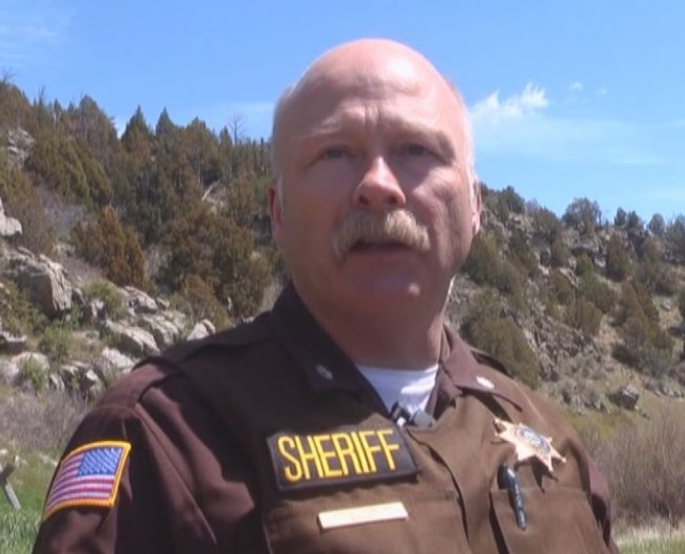 The charges stem from an incident in June of last year involving a missing evidence bag of methamphetamine that was reportedly in the sheriff's possession.

State prosecutors say Thompson didn't log drug evidence taken from a confidential informant before a controlled drug buy in June 2017 and signed an affidavit seeking a search warrant for the seller's house in which he said no drugs were found on the informant prior to the buy.

A deputy told investigators he photographed the evidence, including meth found on the informant, and gave it to Sheriff Thompson. Investigators could not locate the items in the evidence locker.

The sheriff has been summoned for an initial appearance in District Court on Oct. 1.

Madison County Sheriff Roger Thompson has been charged with official misconduct, tampering with evidence and perjury, according to court documents filed last week in Madison County District Court. The charges stem from an incident in June of last year involving a missing evidence bag of methamphetamine that was reportedly in the sheriff’s possession. The sheriff has been summoned for an initial appearance in District Court on Oct. 1.
https://nbcmontana.com/news/local/madison-co-sheriff-charged-with-official-misconduct-perjury
Tweet
How do you feel about this post?
Happy (0)
Love (0)
Surprised (0)
Sad (0)
Angry (1)
Tags:
missing evidence perjury official misconduct West Coast
Reprimand: Deputy seizes marijuana in traffic stop...
HCSO Deputy terminated for alleged theft from evid...