This work relies upon the latest investigative techniques and the newest technology, including highly sophisticated DNA analysis 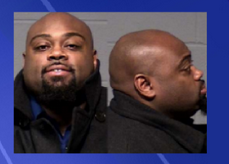 HARTFORD — Hartford police and the Office of the Chief State's Attorney Cold Case Unit made an arrest in 2002 cold case murder.

James Raynor was charged on Tuesday, March 5, 2019, while serving a 37 year prison sentence for an unrelated 2009 murder.

In the evening of May 10, 2002, Hartford police responded to the area of 47 Center Street on calls of a person being shot.

Police said that they found Harry Baez, 25, suffering from gunshot wounds to his head and shoulder. Baez was taken to the local hospital where he died a short time later.

In 2016, the case was transferred to the Chief's State's Attorney Cold Case Unit from Hartford Major Crimes Unit.Through a joint investigation, Raynor, 35, was charged with one count of murder. He is currently in prison.

The arrest marks the third Hartford "Cold Case" homicide arrest in the past five months.

THE COLD CASE UNIT was established in the Office of the Chief State's Attorney in May of 1998 to focus special investigative efforts on crimes that have gone "cold," that is, unsolved for a prolonged period of time.

Since 1998, the Cold Case Unit has undertaken numerous investigations, resulting in convictions in dozens of previously unsolved homicides.

Cold Case Units bring together experienced prosecutors and investigators from the Division of Criminal Justice (Office of the Chief State's Attorney and State's Attorneys) to work closely with the Connecticut State Police and municipal police departments. These investigators start from scratch, reviewing all evidence and taking a fresh look at the crime.

This work relies upon the latest investigative techniques and the newest technology, including highly sophisticated DNA analysis. Many of these techniques were not available when the crimes occurred and the original investigations were undertaken.