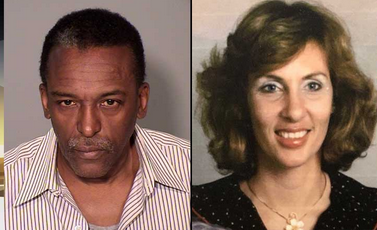 A man has been arrested and charged in connection to the 1992 death of Annette Seymour, according to attorneys and court records.

"We never forget about any of these unsolved crimes," said Ramsey County Attorney John Choi.

According to the criminal charge, St. Paul police were flagged down on July 14, 1992, after a woman's mutilated body was found lying in the grass near the east entrance to the old Selby Avenue streetcar tunnel. Using the victim's fingerprint, authorities were able to identify the woman as Seymour, a St. Paul resident.

The complaint said investigators interviewed Seymour's estranged husband at the time. The married couple was separated. Police also talked with others who confirmed the couple hung out, but drinking and arguing ended the night. Her husband died in 2008.

For years, Seymour's killer remained on the loose. In 2012, the Ramsey County Attorney's Office opened a specialized unit focused on closing cold cases.

"Once you've gone past a particular time period, it's always going to be a challenge," said Choi.

Plus, forensic technology didn't exist when Seymour was killed. But advances in science meant DNA saved from her clothing could be helpful. The Bureau of Criminal Apprehension conducted the test, which led to a suspect: 65-year-old John Capers. During an interview, Capers denied knowing or encountering Seymour. Yet, Capers was a convicted felon and required to give a dose of DNA which was entered into a database.

And that's how investigators made the match.

Choi sat down with some media members on Wednesday to address the case. He said Seymour and the suspect didn't have much of a connection with each other.

"That's why some of these cases are really tough to figure out," Choi said.

For 27 years, Capers lived his life after allegedly taking Seymour's and what had been a "Who Done It" was now a case of "Let's Prove It."

"We never forget about any of these unsolved crimes. In fact, it's one of the hardest things to do, to meet with victims and hear from families about how much they miss their loved ones," Choi said. "Sometimes we just don't have enough evidence to make a decision but we never stop pushing towards that end goal."

Watch the full interview with Choi below.