The officer, Tavis Cuthrell, 26, was booked into the Falls County Jail on a warrant charging theft of firearm by a public servant, a third-degree felony. 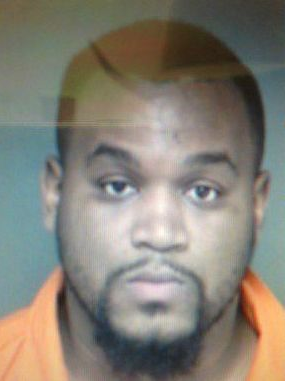 MARLIN — A Marlin Police Department officer was arrested Monday on a Falls County arrest warrant that alleges he stole at least one firearm, according to the Texas Department of Public Safety.

The officer, Tavis Cuthrell, 26, was booked into the Falls County Jail on a warrant charging theft of firearm by a public servant, a third-degree felony.

Marlin Police Chief Damien Eaglin discovered Friday that several weapons were missing from its armory, Eaglin said in a statement. He immediately contacted the Texas Rangers and requested an independent investigation, which is ongoing.

A Falls County Jail employee said Cuthrell was held in lieu of bail set at $2,500. Eaglin said that Cuthrell was cooperating with investigators. Cuthrell was hired by the Marlin Police Department in March 2016, Eaglin said. "It is very difficult, in this day and time, to deal with more and more negative publicity aimed toward police officers. With officers committing offenses that are unnecessarily committed, it has become increasingly difficult to stand by and watch what some officers are doing to disgrace the badge," Eaglin wrote. He said that this latest incident is a "black eye" that Marlin residents should not have to put up with, and said Marlin residents deserve better.

Eaglin assured residents that his department doesn't uphold criminal wrongdoing of any kind. "We will seek out and prosecute those who disobey the laws of our land, and we chose to do this with integrity, dignity, courage, courtesy, fairness and compassion," Eaglin said.

If convicted of a third-degree felony, Cuthrell could be sentenced to not more than 10 years or less than two years in prison, according to the Texas Penal Code. Telegram calls Tuesday to Eaglin and Falls County Sheriff Ricky Scaman were not returned by press time.