The amount of money a former deputy is accused of stealing is a lot higher than initially reported, according to an audit released today. 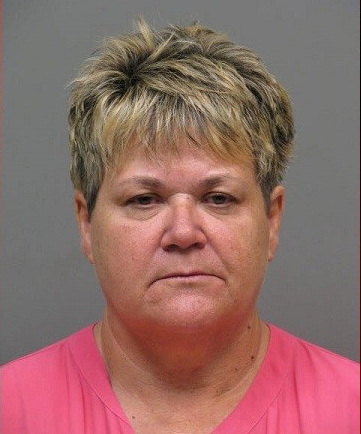 The amount of money a former deputy is accused of stealing is a lot higher than initially reported, according to an audit released today.

Last April, Maxine Trahan was fired and booked with felony theft in excess of $25,000. At the time, officials said she was accused of keeping more than $48,000 that she was supposed to process into the District Attorney's Special Asset Forfeiture Fund.

An audit by the Louisiana Legislative Auditor indicated the figure was a lot higher than that: $194,500. Trahan, who was the spokeswoman for the Acadia Parish Sheriff's Office, was in charge of receiving cash that was seized by deputies and other law enforcement in Acadia Parish during investigations. She was supposed to deposit the money into the Fund, but she is accused of keeping the money instead. To read our story about her arrest after the thefts were discovered, click here.

The audit states Trahan "acknowledged" that she kept the money instead and "used the funds for personal purposes."

The audit found that Trahan allegedly began taking the money in 2003, but the thefts weren't discovered until April 2016, when the District Attorney's office figured out that some of the money given to her hadn't made it into the fund. The DA's office called State Police, and State Police investigated and then arrested Trahan, the audit states.

Months later, in September, Trahan was arrested again, this time accused of manipulating an older lady she was taking care of to post her property for Trahan's bond on the April theft charges, and for allegedly stealing more than $46,000 from the older lady. She faces fraud and theft charges in that case. To read our story about her second arrest, click here.

In his response to the audit, District Attorney Keith Stutes writes that he already has implemented all of these recommendations.

Stutes also writes that he has requested the Attorney General's assistance in the case against Trahan, and that while he knows he will be seeking restitution, "any other appropriate legal actions to be taken have not yet been determined."

Sheriff K.P. Gibson also responded, indicating that he also was not in office when the thefts took place. Gibson also noted that Trahan was appointed by the District Attorney's Office to handle the money - it wasn't the sheriff's office that was receiving the funds.

Trahan's attorney, Glen Howie, also responded. He said that Trahan "is attempting to cooperate in the investigation and will seek to repay all sums
that she failed to deposit."

To read the audit report for yourself, scroll down.

The former spokeswoman for the Acadia Parish Sheriff's Office could face more charges after an audit says she failed to turn over nearly $195,000 in seized money to the district attorney's office.
http://www.katc.com/story/34320303/former-acadia-sheriffs-deputy-could-face-more-charges
Tweet
How do you feel about this post?
Happy (0)
Love (0)
Surprised (0)
Sad (0)
Angry (0)
Tags:
Chain of Custody Big Three: assault  kits altered evidence
Marlin Police officer arrested, charged with firea...
West Virginia Sheriff Admits He's A Meth Addict An...
Comment for this post has been locked by admin.