Middlesex DA Marian Ryan — who in a letter to state officials said 1,621 Middlesex cases have been called into question — is now pushing the Office of the Inspector General for answers on the OIG's lab investigation. 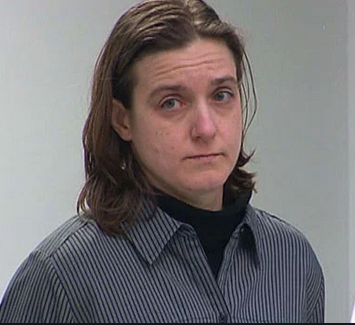 A judge's ruling that tossed out a defendant's conviction because of a drug lab scandal has now jeopardized nearly 10,000 convictions tied to disgraced former state chemist Sonja Farak and the Hinton Lab, warns the Middlesex district attorney.

Middlesex DA Marian Ryan — who in a letter to state officials said 1,621 Middlesex cases have been called into question — is now pushing the Office of the Inspector General for answers on the OIG's lab investigation.

"The OIG, and the OIG alone, is in a position to clearly explain what its investigation revealed about the possibility that Farak engaged in misconduct while employed at the Hinton Lab," Ryan recently wrote to Inspector General Glenn Cunha and Gov. Charlie Baker.

Farak was previously involved in the Amherst drug lab scandal that led to the dismissal of thousands of convictions. She admitted to stealing and using drugs from the lab.

"Farak's malfeasance at the Amherst Lab occurred shortly after she left the Hinton Lab, raising questions about whether she had engaged in similar misconduct at the Hinton Lab before she left," Ryan said.

In its report, the OIG concluded that Annie Dookhan, another lab technician who was convicted of tampering with evidence, "was the sole bad actor."

But now the OIG's investigation is getting scrutinized in the wake of a Middlesex Superior Court judge's ruling that vacated Eugene Sutton's drug conviction. A judge ordered a new trial for Sutton because the "OIG's investigation had not sufficiently focused upon potential misconduct by Farak at the Hinton Lab," Ryan said.

As a result, the DA's Office will not retry the Sutton case, and now 1,621 Middlesex County cases — and 9,793 statewide convictions arising out of Farak's work at the Hinton lab — have been called into question, Ryan said.

"In the wake of the Sutton decision, it's imperative that the OIG definitively state whether Farak tampered with evidence while employed at the Hinton Lab," Ryan wrote.

In response to Ryan, the inspector general wrote that "no evidence of misfeasance or malfeasance has come to light about Farak at the Hinton Lab."

"Contrary to your assertion, the court did not vacate Sutton's conviction because the OIG's investigation did not focus on Farak's conduct at the Hinton Lab, but because the Commonwealth, through your office, had not fulfilled its discovery obligation," Cunha wrote.

He also later added, "you claim that over nine-thousand convictions arising out of Farak's work at the Hinton Lab are at stake. Clearly, you are citing the number of samples that Farak tested, not convictions. I take seriously the significance of each conviction, but it serves no legitimate purpose to exaggerate these numbers in this manner."