Beyond the over 21,000 cases likely to be dismissed, another 500 to 700 convictions would most likely not be vacated 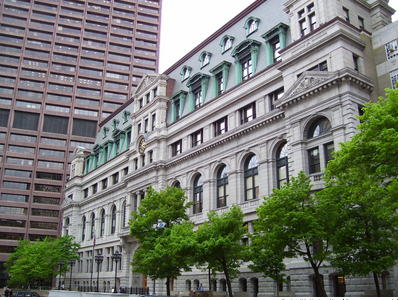 JURIST] The Massachusetts Supreme Judicial Court  on Thursday formally approved the dismissal [press release] of over 21,000 drug convictions that were deemed [order, PDF] to be "tainted" by a former state chemist's misconduct. This action has been deemed  "the single largest dismissal of convictions in U.S. history. The action by the court comes after seven district attorneys submitted 21,587 cases  they would be unwilling or unable to prosecute should new trials be ordered. These cases were brought to the court's attention after former state chemist Annie Dookhan was charged with tampering with evidence and falsifying drug tests. Dookhan has admitted to only testing a fraction of her samples and listing all results as positive for illegal drugs in an attempt to improve her productivity and reputation. Dookhan worked at Hinton State Laboratory Institute in Boston for nine years, testing over 60,000 drug samples involving roughly 34,000 defendants. Many of the defendant's in the Dookhan cases have already served their sentence, however 2,000 cases had been resolved [materials] before the court's order on Thursday and nearly 200 inmates were released from prison after Dookhan's arrest.

The Supreme Judicial Court ordered  the various district attorneys to produce of list of cases where they were willing to reprosecute and those which they would dismiss. Beyond the over 21,000 cases likely to be dismissed, another 500 to 700 convictions would most likely not be vacated [NYT report]. The ACLU and Committee for Public Counsel Services has stated  that any "Dookhan defendants" will receive mailings informing them of the status of their case. During her trial, Dookhan regularly stated she performed the misconduct due to her wish to be seen as the best chemist and for no other reason. Dookhan was sentenced to served three to five years in prison and granted parole [Boston Globe report] in 2016.