The NYPD maintains poor storage practices because there is no law stopping them from doing so.

A murder case in which the NYPD found a necktie and wire hanger at the scene. Another homicide after which officers vouchered the victim's coat and the assailant's hat. Video from a fight in stalled traffic on the Queensboro Bridge that resulted in a CrimeStoppers poster of the suspect.

These are just a few cases in which local district attorney offices have sought to review evidence in order to potentially overturn a conviction, only to be informed that the NYPD could not find the case material.

The problem briefly came to light in the wake of the large mid-December fire at the NYPD storage facility in Red Hook. A vast trove of evidence that could prove pivotal in exoneration claims went up in flames. As of mid-January, the Legal Aid Society still had not received a full account of how many cases are involved.

According to exoneration advocates, the problem is not simply that the NYPD maintains poor storage practices. Instead, the bigger issue is that there is no law governing how any police departments in New York State must handle evidence after a case is initially resolved.

This means that the city's Law Department oversees the current policies, working closely with the NYPD's Legal Bureau. The manner in which a recent post-conviction inquiry stalled shows why this process needs state oversight.

In early 2020, Queens DA Melinda Katz's Conviction Integrity Unit (CIU) launched an investigation into the 2012 conviction of Joseph Meyer for beating up off-duty police officer Damien Bartels during the aforementioned fight on the Queensboro Bridge.

Bartels had described the assailant as several inches shorter than Meyer, and made no mention of Meyer's arm-sleeve tattoos, which likely would have been visible in the August 2009 incident. Case detective reports (called DD-5's) noted that a CrimeStoppers poster showing the culprit used a still from surveillance footage.

In his letter to O'Hara, Benjet cited a statement from a managing attorney in the NYPD's Legal Bureau. That lawyer cited a 2017 departmental policy directing that material from cases prior to 2010 need not be preserved. Moreover, the same attorney noted, "it is possible that the file was being stored in one of our warehouses which were flooded during Superstorm Sandy in 2012."

Such a run-around is hardly reassuring for any convicted prisoner fighting for exoneration. Released last year on parole, Meyer is back working construction in Queens. His trial prosecutor, Christine Oliveri, handles police accountability cases in Katz's office.

In terms of its lack of evidence preservation laws, New York lags behind 35 other states, including Indiana. Exoneration advocates point to Connecticut as a potential model. That state requires the preservation of case evidence until a prisoner's sentence ends.

The Innocence Project has lobbied for other states to adopt variations of Connecticut's laws. Vanessa Potkin, director of special litigation at the Innocence Project, says that "at a minimum, New York should require that evidence is preserved as long as a person is incarcerated." The legislature could debate whether to extend that time frame.

Evidence-preservation legislation also could specify how case material is stored, says Elizabeth Felber, who heads the wrongful conviction unit at the Legal Aid Society. The Red Hook facility was one of the NYPD sites that flooded during Superstorm Sandy. Safe storage practices could be required under a new law.

So, too, could penalties for non-compliance. Currently, Felber notes, "There is a lack of accountability when the NYPD loses evidence — no redress, just excuses."

Both Potkin and Felber hope that the recent disaster results in Albany legislators taking action.

"We recognize the devastation of the Red Hook fire because it was massive and happened all at once," says Potkin. "But for wrongfully convicted people, not having an evidence preservation law is essentially the same as a fire every day, because there is nothing preventing their evidence from being destroyed or discarded at any time."

The Indypendent is a New York City-based newspaper and website. Our independent, grassroots journalism is made possible by readers like you. Please consider making a recurring or one-time donation today or subscribe to our monthly print edition and get every copy sent straight to your home. 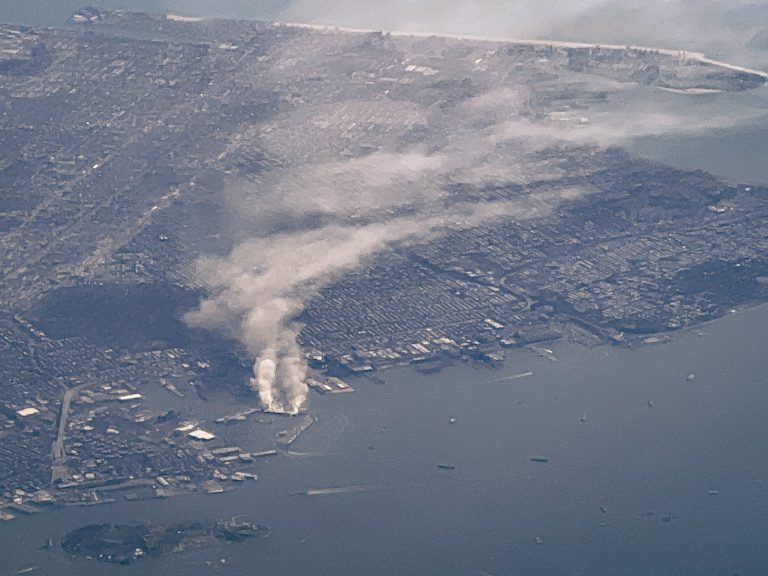