Sheriff Reed says Mull is suspected of taking drugs that were supposed to be placed into the evidence vault. 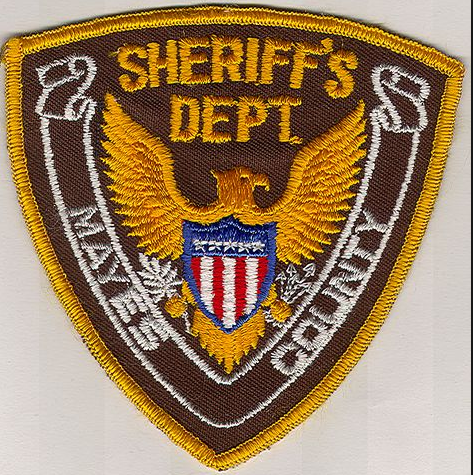 PRYOR, Okla., (KTUL) -- A Mayes county deputy is out of a job and could end up in jail himself.

Brett Mull is accused of taking illegal drugs from evidence.

It's an alleged crime sheriff Mike Reed never thought would happen in his office.

"Last Monday we had a viable tip that I had an employee that was possibly involved in some illegal activity," said Sheriff Mike Reed.

That employee is Brett Mull, then a deputy with the Mayes County Office for more than 15 years.

"There's no excuse for it none whatsoever," said Reed.

Sheriff Reed says Mull is suspected of taking drugs that were supposed to be placed into the evidence vault.

"The initial information that I did receive was that it looked like there was some meth that was involved," said Reed.

How much was taken is still unclear.

The sheriff says certain details are under investigation.

The sheriff says Brett had been with the sheriffs office for many years, with the Cherokee Marshals before that; never having any kind of incident like this.

"It's just a betrayal of trust, I don't know how to make it any plainer than that; it's just a horrible deal," said Reed.

Sheriff Reed says a tip came from someone else in the department, but he won't say whom.

But when questioned, the sheriff says Mull immediately confessed and was subsequently fired.

" I will be encouraging there to be criminal charges brought on this, which I do believe they are on the same page with me on this," said Reed.

It's up to the DA's office to file charges.

For now Sheriff Reed hopes this is a lesson to all of his department, don't break his trust and don't break the law.

The sheriff says the entire department took a refresher course on packaging evidence back in January, and everyone is trained on evidence procedures when hired.

PRYOR, Okla., (KTUL) -- A Mayes county deputy is out of a job and could end up in jail himself.Brett Mull is accused of taking illegal drugs from evidence.It’s an alleged crime sheriff Mike Reed never thought would happen in his office.“Last Monday we had
http://ktul.com/news/local/mayes-co-sheriff-employee-arrested-accused-of-taking-drugs-from-evidence
Tweet
How do you feel about this post?
Happy (0)
Love (0)
Surprised (0)
Sad (0)
Angry (0)
Tags:
Evidence Vault
Ex-Royalton cop who stole heroin from police evide...
Former Dickinson County officer sentenced for thef...
Comment for this post has been locked by admin.