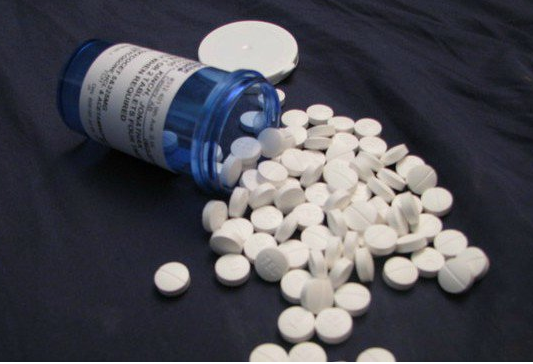 A former Royalton police officer charged with taking heroin and other drugs from the department's evidence closet in July 2017, to give to a woman he was dating, was sentenced to six months in prison on Thursday.

John Breault, 31, pleaded guilty in January of this year to the federal felony charge of distributing heroin. He resigned from the department after the woman spoke with authorities last year, and was charged with distributing heroin in September.

Court documents filed by federal prosecutors say that Breault repeatedly raided the police evidence closet, and that he allowed the woman to rummage through the department's drug drop-off box, and take drugs from it.

The woman, who had known Breault since they attended high school together, told investigators that he let her have access to the police department's drug box on several occasions. She said she took fentanyl patches, as well as oxycodone and Zoloft pills, according to a sentence memorandum prosecutors filed in June.

In a sentencing memorandum filed with the court, Breault's defense attorney, Robert Katims, painted a picture of someone "struggling with issues of codependency" and "perhaps a deficit of emotional maturity" who had found himself in a dysfunctional relationship.

Coming out of a "devastating" breakup with his fiancee, he reunited with the woman to whom he provided drugs in March of 2017 and soon started going out with her, Katims wrote.

The woman was struggling with addiction, and Breault was desperate to please her, Katims wrote.

"Looking back, John isn't even really sure why he made some of the choices he did," he wrote. "Fearing, perhaps, that he somehow wasn't good enough for Brittany, for the group of charismatic friends she surrounded herself with, he sought any opportunity to impress her."

Breault violated his duties as a police officer by allowing the woman's best friend and her boyfriend to drive his squad car. He also offered to let them "run people" in a law enforcement database, Katims wrote. Breault eventually gave his girlfriend's friend a small evidence bag containing marijuana.

As his girlfriend struggled with addiction, she convinced Breault that drugs "were the only way for her to cope, to stay sane and alive," Katims said. Breault decided to help her obtain drugs so that she could avoid buying from a dealer.

"He could have ended the relationship, but he was afraid that [his girlfriend], a woman he still loved would 'overdose and die alone'" Katims wrote. "John convinced himself that it would be better, easier for everyone involved, if he obtained drugs for her directly."

At the sentencing hearing Monday morning in U.S. District Court in Burlington, Breault apologized for betraying the trust of the community he policed. He said he is in counseling to address issues of self-esteem, depression and codependency.

"I know there's no excuse for what I did," he said. "I accept the consequences."

Reiss said she took issue with the narrative presented by the defense that in providing drugs to the woman, Breault was trying to "help" her.

"I think that it was a mutually manipulative exchange of goods and services," she said.

She added that Breault's behavior wasn't a "one-off." There were several instances in which the former police officer distributed heroin or other drugs, she said.

Assistant U.S. Attorney William Darrow, who prosecuted the case, argued that more than anything else, Breault wanted desperately to impress women he knew in high school.

"Actually, what he wanted even at age 30, was this attractive woman he couldn't have in high school," he said. "It was that desire that outweighed everything in the end."

Darrow and Reiss were in agreement that Breault deserved a tougher sentence because his behavior harmed the reputation of law enforcement.

When officers like Breault break the law, "it sort of makes a fool out of the whole system," Darrow said.

"This cannot happen," she said before reading the sentence. "We cannot have law enforcement officers using their power in this way."

Walking out of the courtroom Thursday morning, Katims declined to comment on the sentencing decision.