Another warehouse holds 20 times the contraband stored in the state office building. 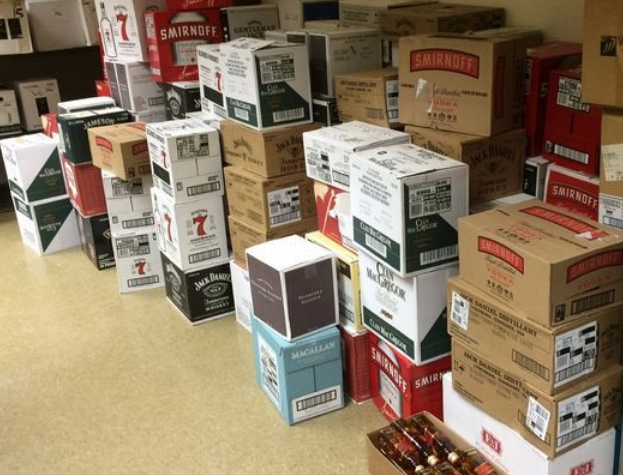 WASHINGTON — Maryland's comptroller cracked open a vault of contraband in the basement of a government building to shine a light on what's being done to stop a common crime.

In the basement of the Treasury Building in Annapolis, Maryland Comptroller Peter Franchot stood among the illegal cigarettes and alcohol valued at nearly $1 million on Thursday.

"We have all these cases of illegal alcohol and tobacco products confiscated over the year," he said.

Behind him, sat crates containing 103,000 packs of cigarettes, 89,000 packs of tobacco, and what amounts to vats of moonshine and alcohol. It was all seized from smugglers who tried to sell the often stolen contraband in Maryland, skirting the state's tax laws and undercutting retailers and other businesses in the state, Franchot said.

Another warehouse holds 20 times the contraband stored in the state office building.

His office is revealing the sheer amount of liquor and cigarettes already confiscated to demonstrate how state enforcement agents are cracking down on tax scofflaws.

"We are basically putting our finger in the dike because this is such a lucrative criminal activity that has very few penalties associated with it. It's something we're trying to protect the taxpayers," he said.

Often drug dealers sell the contraband on the side because they can make more money than selling heroin or methamphetamines and the penalties present less risk, Franchot said.