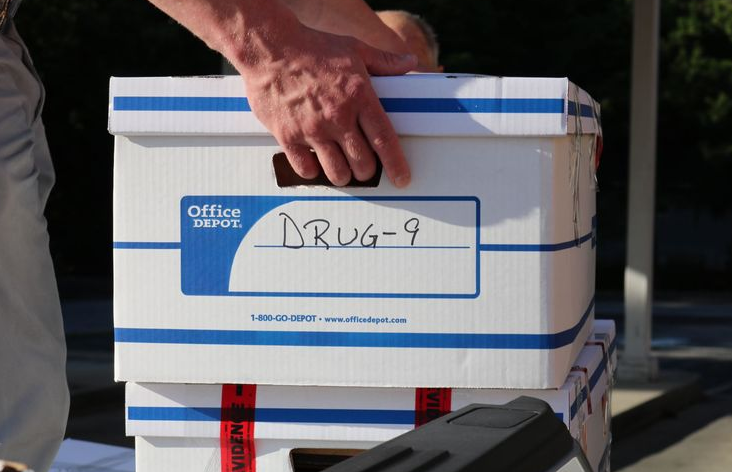 Twenty-two boxes of drugs and evidence that no longer held any evidentiary value were loaded up and taken to a privately-owned, off-site facility in Suwannee County for destruction.

The periodic destruction was witnessed by the State Attorney's Office for the Third Circuit and LOPD officers.

The contraband and evidence were no longer needed in conjunction with previously resolved cases; cases with no suspects or victims and/or cases where the suspect has no appeals pending.

Approximately half of the destroyed items was drug related. Jason Rountree, the LOPD's lead detective and evidence custodian, said most of the drugs destroyed were found in small quantities, although one batch of evidence had a street value of more than half a million dollars.

The rest of the evidence destroyed Wednesday was clothing and material.

Rountree said ideally evidence would be destroyed annually but due to several factors — such as LOPD not having its own facility to conduct the destruction and having to sort through all the evidence on hand — it sometimes can build up.

Once evidence is determined ready for destruction, authorities and a representative from the State Attorney's Office have to go through the evidence item by item to make sure no items have any evidentiary value and to log those items.

The contraband was destroyed under court order by being incinerated.