He said the Police Department has notified the Miami-Dade State Attorney's Office so that together they can "minimize the impact on our
current and future prosecutions." 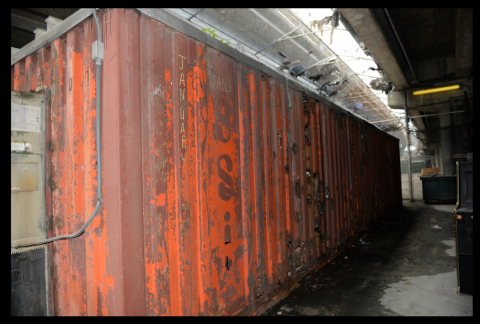 Llanes said he found out about the issue on Sept. 22.

"Upon being made aware of the issue, I ordered an evaluation of the scope and damage and the potential impact on the affected cases," LLanes said.

The police chief said 564 cases could be potentially affected.

He said the Police Department has notified the Miami-Dade State Attorney's Office so that together they can "minimize the impact on our current and future prosecutions."

"The deterioration of this storage container is the cause of serious concern. And I have taken a number of measures to both mitigate the damage and ensure that nothing like this ever happens again," Llanes said. "First, I will be reorganizing the command structure of the property and storage unit to ensure that it is treated with the attention that it deserves."

Llanes said he has also ordered a third-party audit of how evidence is stored.

"Finally, the Miami Police Department will be evaluated by the Industry of Standards Certification Organization to ensure that we meet the most rigorous accepted standards and best practices in the law enforcement community," Llanes said.

The police chief said the container has already been replaced with a new unit.

"These steps that we have proactively taken ensure short- and long-term solutions to this issue," Llanes said. "Rest assured that the Miami Police Department will strive for excellence and will continue to provide professional service."

Miami police Chief Rodolfo Llanes released a video statement Friday, confirming that the structural integrity of a storage container containing homicide, unclassified death and suicide evidence, has...
http://www.local10.com/news/miami-police-storage-container-containing-evidence-damaged-by-environmental-conditions
Tweet
How do you feel about this post?
Happy (0)
Love (0)
Surprised (0)
Sad (0)
Angry (0)
Officials: Pflugerville police under two separate ...
Officer Arrested, Accused Of Stealing $1,200 From ...
Comment for this post has been locked by admin.