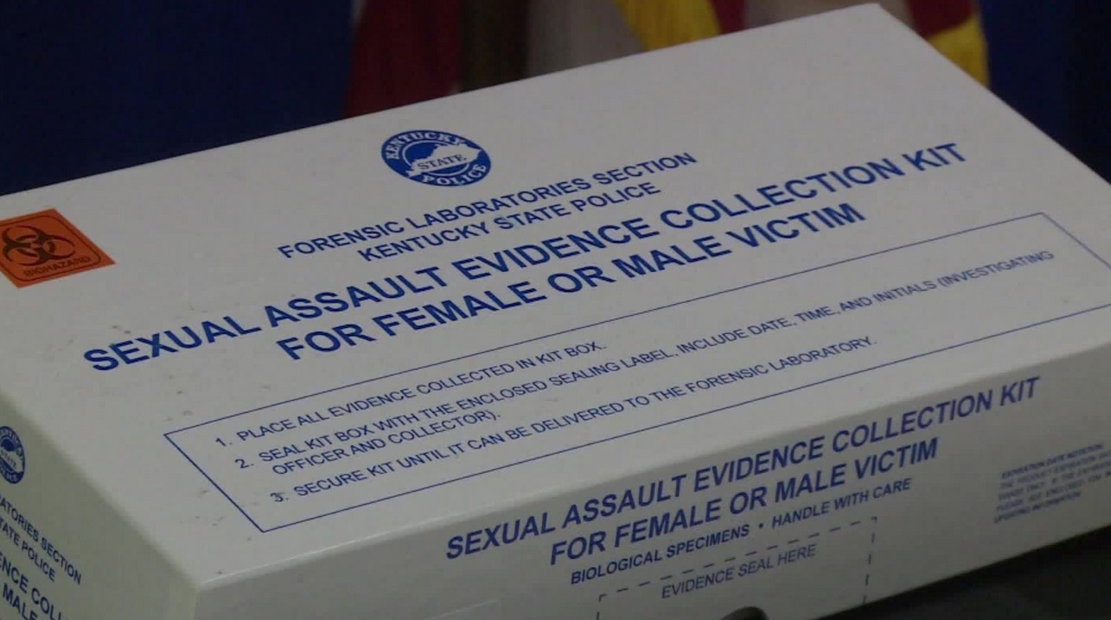 Joyful Heart is leading a national campaign with an ambitious goal—to pass comprehensive rape kit reform legislation in all 50 states. Enacting Joyful Heart's six pillars is the only way to ensure that neither discretion nor resources can be used any longer as an excuse to deny sexual assault survivors the justice they deserve.

Since January 2018, 33 rape kit reform bills have been introduced in 21 states.

Once the scope of the backlog has been determined, states must move to test all backlogged kits. This year, legislators in Massachusetts, New Jersey, and Washington introduced legislation mandating that all backlogged rape kits be submitted and tested. The broad criminal justice law passed in Massachusetts this month includes these provisions.

To prevent backlogs from reoccurring, states must pass laws requiring all newly collected kits be swiftly submitted to the lab and tested. This year, testing bills have been introduced in Alabama, California, Hawai'i, Iowa, South Carolina, Maryland, Massachusetts, Nebraska, New Jersey, and Oklahoma. The Massachusetts criminal justice law enacted this month includes a provision that requires law enforcement agencies to pick up such kits from hospitals within three business days, law enforcement to transfer kits to labs for testing within seven business days, and labs to test these kits within 30 days of receipt.

Ensuring survivors' rights to information about the location and status of their rape kits is an essential element of trauma-informed, survivor-centered rape kit reform. Since January, Alabama, Arizona, Connecticut, Georgia, Hawai'i, Iowa, Massachusetts, Minnesota, Missouri, Nebraska, New Hampshire, New Mexico, New York, Washington, and West Virginia have all introduced bills to protect victims' rights to notice and to be informed. Several of these laws also include provisions requiring kits be preserved for longer periods of time, and requiring law enforcement to notify survivors in advance of planned destruction of their kits, regardless of testing status. So far this year, provisions have been enacted in Massachusetts. Additionally, the budget bill awaiting the governor's signature in New York includes provisions extending the required retention period for rape kits from 30 days to 20 years and requiring survivors to be notified in advance of kit destruction, granting them agency over their rape kits.

Tracking systems for rape kits promote transparency throughout the kit collection and testing process and provide a way for survivors to check the status of their kits. This year, Alabama, Arizona, Connecticut, Hawai'i, Indiana, Iowa, Maryland, Massachusetts, Missouri, New York, Oregon, and South Carolina all introduced tracking-related bills. Maryland, Massachusetts, and Oregon have all enacted laws requiring the creation of tracking systems, and Indiana enacted a law to conduct a feasibility study for one.

State funding is essential to sustained implementation of rape kit reform laws. In 2018, state appropriations for rape kit reform are pending in Alaska, California, and Hawai'i.

While legislative reform is our goal, we recognize the efforts of local partners who are working to change the way rape kits are handled. Joyful Heart continues to collaborate with local- and state-level stakeholders, including survivors, elected officials, criminal justice professionals, and victim advocates to advance a myriad of reforms in jurisdictions across the country.

Enter some description here...
http://www.endthebacklog.org/blog/mid-year-update-state-legislative-reform-2018?utm_medium=email&utm_source=joyful&utm_content=5+-+READ+MORE&utm_campaign=%3Futm_source%3D4-2018-etbnewsletter%26utm_medium%3Deblast%26utm_campaign%3Detb-outreach&source=%3Futm_source%3D4-2018-etbnewsletter%26utm_medium%3Deblast%26utm_campaign%3Detb-outreach
Tweet
How do you feel about this post?
Happy (0)
Love (0)
Surprised (0)
Sad (0)
Angry (1)
Push for untested rape kit legislation in Californ...
Man faces charges in the 1977 rape and murder of a...
Comment for this post has been locked by admin.