A forensic scientist at the Rhode Island Department of Health determined on Wednesday that DNA from blood stains on the crotch of Christine's pants "was consistent" with the DNA profile of a man who was living above Saints Market when she stopped to buy milk on Jan. 6, 1988 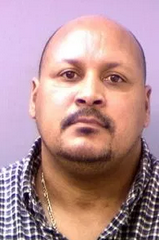 PAWTUCKET, R.I. — A man who had lived above a market where a local 10-year-old girl was last seen in 1988 has been charged with murder in her death.

The death of Christine Cole, whose body washed up on Conimicut Point in Warwick in February 1988, 54 days after she vanished, riveted Rhode Islanders and stymied generations of investigators.

On Thursday, Pawtucket police announced that DNA evidence helped them break this case.

A forensic scientist at the Rhode Island Department of Health determined on Wednesday that DNA from blood stains on the crotch of Christine's pants "was consistent" with the DNA profile of a man who was living above Saints Market when she stopped to buy milk on Jan. 6, 1988

Joao Monteiro, 59, was arrested hours later at his job in Cumberland and arraigned Thursday afternoon, still in his CINTAS uniform with the name tag "Big John."

Monteiro, who is Cape Verdean, spoke Creole to an interpreter and showed little reaction as Judge Joseph T. Houlihan Jr. ordered him held without bail on the charge of murder.

Monteiro has lived in the Pawtucket and Central Falls area since 1982, Devine said. According to a search warrant, Monteiro has moved at least 19 times in the last 30 years, including an apartment above Saints Market at 78 Slater St.

Monteiro had no relationship to Christine Cole, said Detective Sue Cormier. During an interview with police on Wednesday, he denied knowing her or being responsible for her death, according to an affidavit supporting an arrest warrant.

When Christine's body was found, she was missing her shoes and underwear, and her pants had been fastened in a way that "appeared to be extremely tight and haphazardly," according to the affidavit. After Cormier reopened the investigation last August, she spoke with the supervisor of the state forensic science lab, who told her that previous DNA testing found blood from a male inside the girl's pants, according to the affidavit.

With the advancement in technology, Cormier asked for further testing. The results produced a larger profile, which was checked against a state health database. There was a close match to a man who was born five years after Christine disappeared, Cormier said. The suspect would be in his close male lineage — a father, grandfather, uncle, or brother.

That led police to Monteiro, who is the man's father and who had lived in different places in Christine's neighborhood, according to the affidavit.

The detective also contacted Dr. Colleen Fitzpatrick, founder of IdentiFinders International, which specializes in genetic genealogy and aided Warwick police in solving the slaying of a jogger in 2013. Although there wasn't enough in the DNA profile in the blood evidence from Christine's pants to use the genetic genealogy database, Fitzpatrick was able to determine the probability of the ethnicity of the male and the geographical area of the population group. That area included Cape Verde, the affidavit said.

Before this, Cormier said, Monteiro was not on investigators' radar. The detective declined to comment on a motive.

Christine had just turned 10 years old. On the afternoon she disappeared, she stopped at a seafood store to buy clams, visited a friend, and then went to the market for milk. When she didn't return, police conducted a massive, ultimately fruitless search for her.

DNA evidence has led to the arrest of a man in the death of Christine Cole, whose body washed up on a Warwick pond in February 1988.
https://www.bostonglobe.com/metro/rhode-island/2019/07/18/more-than-years-later-break-death-rhode-island-year-old/kvrMWku6tnMaYV1jCcaMOL/story.html
Tweet
How do you feel about this post?
Happy (0)
Love (0)
Surprised (0)
Sad (0)
Angry (0)
Tags:
dna cold case murder East Coast
Border protection stored enough fentanyl to kill 7...
Ronald Jones pleads not guilty in death of 78-year...