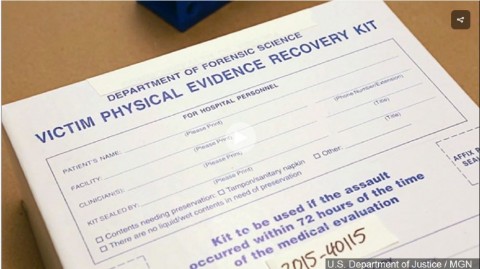 Spokeswoman Monica Moazez tells News 4-Fox 11 that Attorney General Adam Laxalt announced in September of 2015 that his office has pledged $3.68 million in funding to eliminate Nevada's backlog of untested kits, or "rape kits."

RELATED | Backlog of rape kits in Nevada will now be processed

Laxalt said the funding will be allocated toward finding ways to address the backlog of more than 7,500 untested kits, some of which are 30 years old.

Moazez says the working group is expected to have all the kits tested by December of 2018.

A sexual assault kit is used to collect physical evidence during an examination conducted at a hospital or rape crisis center following a sexual assault.

Tweet
How do you feel about this post?
Happy (0)
Love (0)
Surprised (0)
Sad (0)
Angry (0)
DNA evidence leads to arrest in 1993 DC murder
Riverside police arrest prolific burglar, recover ...
Comment for this post has been locked by admin.