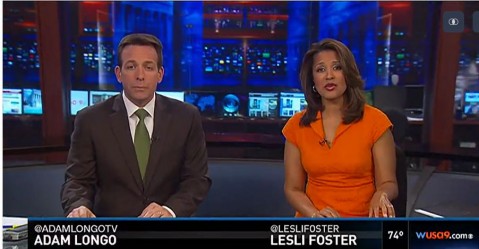 WASHINGTON (WUSA9) -- Twenty-three years after MPD officers discovered the body of Charlene Johnson in a Northwest, D.C. stairwell, a suspect in her brutal murder is finally behind bars.

Officers and federal agents from a joint fugitive apprehension task force arrested 48-year old Therion Clyde Bryant in Baltimore on Wednesday, and on Thursday he was formally presented before a D.C. judge on a charge of murder in the 1993 case.

Bryant's arrest comes as a payoff to the dogged work of detectives and FBI forensic experts who flagged the Johnson case as one in which DNA evidence, properly tested and cataloged, could turn a cold case into a closed one.

MPD Detective Jim Trainum picked up the case in the early 2000s as part of a joint task force with the FBI, looking for ways to expand DNA testing to solve crimes.

"We knew that there was a lot of cases where there was no family, nobody was interested, that had real DNA potential," Trainum told WUSA9 on Thursday. His team started with a blood trail that led away from the scene.

"This was a very brutal stabbing. And oftentimes in stabbings of this nature, the perpetrator gets cut. So when you see a blood trail going away from the scene, especially a blood trail that doesn't diminish as it gets further away, that's usually an indicator that the suspect is bleeding," Trainum said.

Testing on the blood trail ruled out two suspects- Johnson's then boyfriend, and a patient confined at St. Elizabeth's who had confessed to the murder, then recanted.

With the DNA entered into the FBI's CODIS system it was regularly tested against federal databases. In 2014, it matched that of Therion Bryant – a small time criminal who lived in the DC/Maryland area.

"One of the things that they told us was – once you get a DNA profile into CODIS, you might as well start getting the case ready for prosecution," Trainum said. "Because eventually you are going to get a hit."

Detectives interviewed Bryant in 2014, and while he admitted to knowing Johnson, he said he hadn't seen her that day, hadn't touched her, and certainly hadn't killed her. Lacking enough evidence for a prosecution, detectives let him go.

But in 2016, the FBI tested a second DNA sample from the crime. This sample came from a sexual assault kit performed on Johnson after her death. A man's DNA was found, matching Bryant's.

In a second interview with detectives, this time under arrest, Bryant admitted having sex with Johnson, but not killing her. He had no explanation for how his DNA ended up in the blood trail.

Bryant appeared before a DC judge on Thursday, where he was held over until trial. In Johnson's old neighborhood, his arrest was welcome news.

"To know that they persisted until they found the person who committed this heinous crime, that's a good thing," said longtime resident Velva Spriggs.