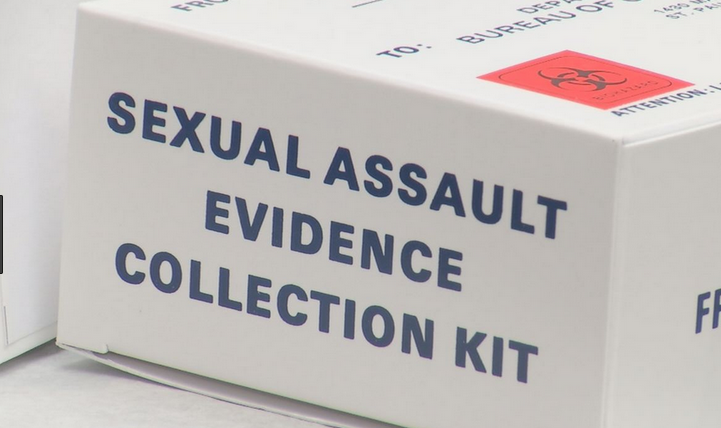 CARSON CITY, NV – Yesterday, Nevada Attorney General Adam Paul Laxalt announced that 95 percent of Nevada's previously untested sexual assault kits have been sent to labs for testing resulting from the hard work of his statewide Sexual Assault Kit Backlog Working Group. The Working Group was formed in 2015 to take a multi-disciplinary, comprehensive and collaborative approach to address Nevada's backlog of nearly 8,000 untested sexual assault kits. Including the newly obtained $1,000,000 Sexual Assault Kit Backlog Initiative (SAKI) grant awarded by the Bureau of Justice Assistance, the Office of the Nevada Attorney General has secured over $10,000,000 in grants and settlements for Nevada's statewide sexual assault kit initiative. The bulk of the most recent $1,000,000 in funding will be awarded to the Las Vegas Metropolitan Police Department for continued support for investigations and victim advocacy.

"I am thrilled to report that as a result of my statewide Sexual Assault Kit Backlog Working Group and our collective efforts, 95 percent of Nevada's previously untested sexual assault kits have been sent to labs for testing," said Laxalt. "This initiative has been a priority for me, and I am proud to see real results for our survivors of sexual assault. My office makes every effort to bring support and justice to victims of crime in our state. Nevada is the only Attorney General-led recipient of all four years of Sexual Assault Kit Initiative funding through the federal government. I am heartened that my office continues to find creative ways to help fund investigations and victim advocacy for Las Vegas Metropolitan Police Department."

As of this month, 7,324 of the total 7,645 previously untested sexual assault kits have been sent to labs for testing, representing 95 percent of the total kits. 5,467 kits have completed testing, 563 have been identified as DNA matches, and at least 13 related arrests have been made statewide. Collectively, the Working Group endeavors to eliminate the decades-in-the-making backlog, develop policies and protocols relating to the response to sexual assault, introduce legislation, and enhance Nevada's resources for investigation, prosecution and victim services. Over the years, the Working Group has expanded to include representatives from law enforcement, prosecution, forensic laboratories, victim services, Sexual Assault Nurse Examiners, the domestic violence and sexual assault dual coalition, researchers, bipartisan members of the Legislature and other stakeholders.

In addition to these grant funds, grant funding remains available under the 2016 SAKI grant obtained by AG Laxalt for victim support, investigations and prosecutions by law enforcement throughout the state.

A sexual assault kit is used to collect physical evidence during an invasive and lengthy examination conducted at a hospital or rape crisis center following a sexual assault. Generally, these kits contain a checklist, materials and instructions, as well as a means to package any specimens collected during the examination.