No jail time for ex-detective: Jaramillo gets probation, house arrest, must pay restitution 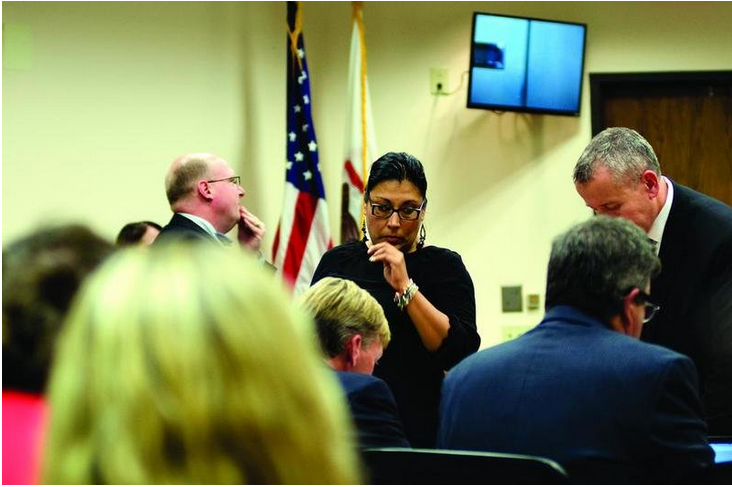 MORRISON – A disgraced former Rock Fall Police detective will do no jail time for stealing cash from the department's evidence locker.

As a result of a plea agreement, Veronica Jaramillo, 45, of Sterling, will serve 2 and a half years' probation and 6 months' house arrest. She pleaded guilty April 18 to three felonies: two counts of official misconduct (which also results in the loss of her pension) and theft, and to one count of misdemeanor theft.

Per the plea agreement, her Lee County case – in which she was charged with possession of marijuana with intent to deliver, possession, conspiracy, and four counts of official misconduct, all felonies – was dismissed.

Barring claims of ineffective counsel, she also cannot appeal her conviction or her sentence.

Per the terms of her release, she must pay $1,000 restitution to the Rock Falls Police Department, submit to evaluation for and treatment of drug or alcohol abuse, submit DNA to the state, abstain from alcohol and drug use, and stay out of bars. She can't leave the state without court permission.

She apparently is studying to be an esthetician (a skin care specialist), and according to court documents, she has permission to leave her house "for work, school and esthetician testing," with the approval of her probation officer.

Jaramillo, who resigned May 27, 2016, after 11 years as an officer, was the lead investigator in the Dec. 6, 2015, death of Paul Rodney Depotter, 27, of Rock Falls, who died of a fatal heroin overdose. According to police documents, $1,741 was found on his body and entered into evidence. It's the same amount Jaramillo was accused of taking.