Washington state's rape kit backlog has advocates worried how many sexual offenders are still out on the streets. 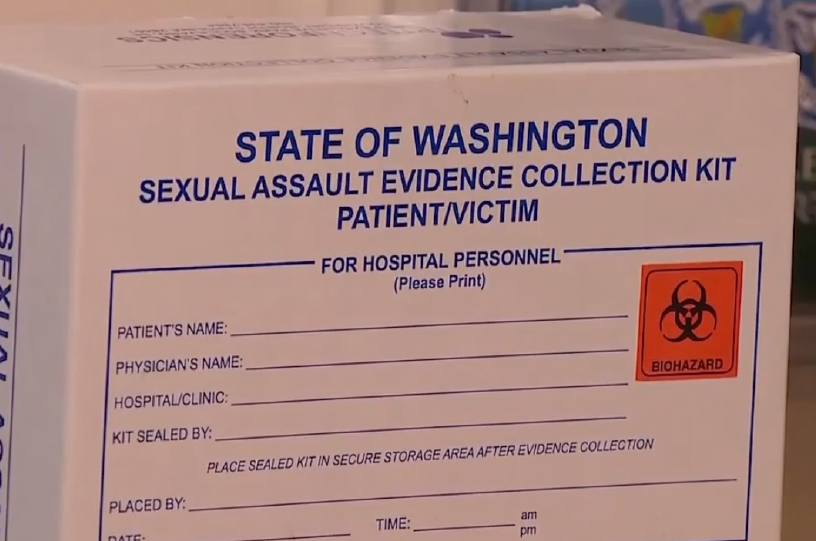 A sexual assault case in Tumwater provides a glaring example of how Washington state's rape kit backlog is still having serious and devastating consequences.

Tumwater police have linked 35-year-old suspect Logan Humphrey to two violent sexual assaults that occurred within six months of each other, but it took police months to obtain DNA evidence that could have potentially put the suspect behind bars before the second crime occurred.

Detectives first opened the case in July 2017 when a woman was threatened at knife-point and raped in a wooded area near Tyee Drive, according to the police report.

"It caused us great concern that he had the capability of doing it again," Tumwater police Lt. Jen Kolb said.

A sexual assault kit containing critical DNA evidence was taken immediately after the crime, but Tumwater police say they didn't receive the results until January 23, 2018, around six months later, finally allowing them to arrest the suspect on January 25.

However, DNA evidence links that same suspect to another Tumwater sexual assault that occurred on January 22, the day before the first case's DNA results were relayed to police.

"You hear something this horrific and it worries me how many sexual assault offenders have we left on the streets?" said Washington state Representative Tina Orwall, D-Des Moines, one of the lead lawmakers fighting to fix the state's rape kit backlog.

While progress has been made since she began working on the issue several years ago, she says this case highlights the problem is far from being solved.

"It's heart-wrenching to think somebody suffered when maybe we could have gotten this dangerous person off the streets so they couldn't have harmed anyone else, and I worry every day when I think about the 10,000 kits we haven't finished testing, or the new ones in the lab," said Orwall. "It speaks to needing to have urgency to have every kit tested."

Not only is the state dealing with an older backlog of thousands of kits still on shelves, lawmakers warn of a growing number of new kits, forming a new backlog. Seven state crime lab techs are now dedicated to the problem full-time, and the budget passed last session added three additional positions.

Despite those gains, Orwall says the crime lab is still struggling to keep up with the demand and notes training the specialized crime lab staff takes around three years. Aside from new efforts to train and retain lab workers, Orwall would like to look at lessons learned from states that have cleared their rape kit backlogs, such as Ohio.

"I think there's technology that we have to invest in where we could be responding more rapidly and protecting the public from very violent offenders," said Orwall.

"All of these kits should be urgent; they should be processed ideally within a few weeks at the most. That's what we need to do. We need to design a system that can be that responsive," she continued.

In a statement Thursday night, a spokesman with Washington State Patrol said the department believes it's vital to test every sexual assault kit sent to the state crime lab but noted that due to the large volume of DNA cases, scientists have to prioritize cases.

The July rape in Tumwater was granted priority status, according to WSP. Lab techs required additional evidence to process the case resulting in it being assigned to a scientist a month later on August 30, 2017, according to a spokesman. However, it still took several months to complete the case and receive a "Combined DNA Index System" or CODIS hit. WSP confirms the forensic scientist on the case called Tumwater PD on January 23; a final report was issued January 30.

"There are a multitude of factors which play a role in the amount of time it takes to complete a DNA case. These factors include the complexity of the case, whether or not the DNA has a CODIS hit and the technical review required of each case," said spokesman Kyle Moore.

In addition to sexual assault cases, the State Crime Lab also processes homicides and other violent crimes. In 2017, the median DNA case took around 198 days, or more than six months to complete, according to Moore.