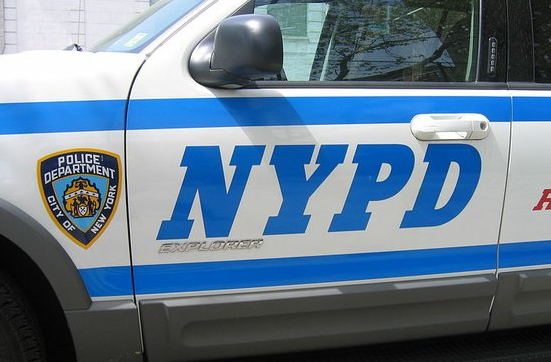 A New York City police officer has been indicted for allegedly transporting a kilogram of cocaine in exchange for $4,000, according to a press release from the New York County District Attorney's office. Officer Johnny Diaz was charged in New York Supreme Court with criminal possession of a controlled substance in the first degree, a class A-1 felony.

May 23, Diaz arrested an individual he believed to be a drug dealer but who, in fact, was an undercover officer assigned to investigate Diaz. Diaz, a 23-year veteran of the NYPD assigned to the 34th Precinct's Anti-Crime Unit, had been the subject of early probing after concerns that he often accepted money from arrestees in exchange for helping to get their cases dismissed.

A joint investigation between the Manhattan District Attorney's office and the NYPD's Internal Affairs Bureau was opened, resulting in an undercover officer investigating Diaz's case. In a press release explaining the case, District Attorney Cyrus R. Vance Jr. stated, "These alleged acts threaten the credibility of the entire law enforcement community, and with it, the safety of our great city."

According to court statements, Diaz seized one-half kilogram of cocaine and $18,000 from the undercover officer May 23, but only logged receipt of $17,000. Diaz then reached out to the undercover officer after the arrest, instructing him to use the encrypted instant-messaging service WhatsApp for further communication.

June 15, Diaz accepted $4,000 to help the undercover officer transport cocaine from the Bronx to the corner of West 125th Street and Broadway in Harlem. During the trip, Diaz was recorded saying, "I can do life for this. I'm a cop. I should know better." Diaz currently faces up to 40 years in prison for all charges.

The indictment is one of several recent cases of corruption the District Attorney's Office and NYPD's Internal Affairs Bureau have cooperated on. May 17, NYPD officer Nysia Stroud was convicted on all counts for transporting narcotics and marijuana in exchange for money. The case first began when the Internal Affairs Bureau received allegations that Stroud was involved in narcotics-related activity.

The Manhattan District Attorney's Office is now prosecuting the case, which remains open and pending. The NYPD confirmed that Diaz is currently suspended from the force. He is being represented by attorney Raymond Loving and awaits trial later this summer.

A New York City police officer has been indicted for allegedly transporting a kilogram of cocaine in exchange for $4,000, according to a press release from the New York County District Attorney’s office.
http://amsterdamnews.com/news/2018/jul/05/nypd-officer-indicted-drug-trafficking-harlem/
Tweet
How do you feel about this post?
Happy (0)
Love (0)
Surprised (0)
Sad (0)
Angry (0)
Tags:
East Coast evidence room officer indicted
Former Tennessee officer arrested in Panama on the...
Police fire up new drug incinerator