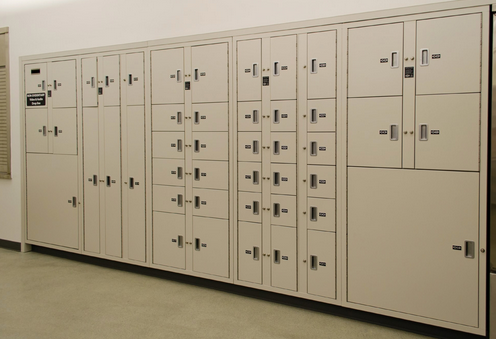 Two fired Orange County sheriff's deputies convicted of lying on their police reports testified recently before a grand jury that they didn't know it was illegal to falsify the documents, transcripts show.

Joseph Anthony Atkinson Jr., 39, and Bryce Richmond Simpson, 31, had neglected to book evidence but falsified their reports to say they had. The once routine practice of sheriff's deputies booking evidence by the end of their shifts, as required by department policy and state law, was ignored for years in hundreds of cases where evidence was booked late or not at all, an internal audit found.

Atkinson and Simpson, considered the worst offenders in the department's "evidence scandal," were allowed to plead guilty in June to a misdemeanor charge of willful omission to perform their official duty and were given one year informal probation, with no jail time, no community service and no fine.

Atkinson and Simpson testified during the recent grand jury hearing for another deputy, Edwin Mora, who rejected the plea deal and was subsequently indicted on a felony charge of falsifying a police report. Mora is a former 19-year veteran who wrote in a 2017 report that he booked a knife, methamphetamine and a glass smoking pipe into the evidence locker when he had not.

Atkinson and Simpson told grand jurors during Mora's hearing that they had never been trained on a Penal Code section making it illegal to falsely write in their reports that they had booked evidence — typically guns, drugs, money and photos.

Special prosecutor Patrick K. O'Toole told grand jurors that he gave the plea deal to Atkinson and Simpson partially because they had not been informed of the Penal Code section for lying on an official report.

"So I let them plead to the less serious charge because I thought it was justified under the circumstances," O'Toole told the jurors. "And I think you will recall also their testimony that not that ignorance of the law is an excuse, but they had never heard of this government code section before, or I don't think any of these people ever thought the Penal Code section applies to them in what they are doing."

Training is done in the academy, on streets

Carrie Braun, a spokeswoman for the Sheriff's Department, said the deputies were indeed trained on the importance of filing evidence.

"Training on evidence, chain of custody, and booking of evidence is taught repeatedly in both the Basic Academy and in our Field Training Officer program," Braun said. "In addition, evidence booking protocols and policy now require deputies to include confirmation of the booked evidence in their report, which is then reviewed by a supervisor before being signed off.

O'Toole, who has has served as the U.S. attorney for the Southern District of California and as head of the San Diego County District Attorney's Public Integrity Division, is reviewing at least 14 other cases of mishandling evidence to determine if criminal charges are warranted.

O'Toole's questioning of 18 witnesses, many of them sheriff's personnel, during the Mora hearing brought swift criticism from Assistant Public Defender Scott Sanders. In a motion for an unrelated case on Thursday, Sept. 24, Sanders accused O'Toole of hurling softball questions at the deputy witnesses, acting more like an apologist than a prosecutor.

"O'Toole attempted to convince the grand jury and those who would later report on the proceedings that neither Mora nor any member of law enforcement should be treated severely for writing false reports and failing to book evidence," Sanders wrote in a motion in the case of Charles Clark, arrested on suspicion of a felon in possession of a firearm.

"With each witness, (O'Toole) asked a series of leading questions designed to present the violator as simply a hard-charging member of a competitive group of crime-fighters, who got too caught up in getting the bad guys to always book evidence or write reports that were accurate," Sanders wrote.

Under O'Toole's questioning, deputies told how they were pressured to make arrests but never to book their evidence, which they considered a lower priority that kept them away from the streets.

Kimberly Edds, a spokeswoman for the District Attorney's Office responded: "The grand jury returned an indictment and that speaks for itself."

The Orange County Register broke the news of systemic evidence problems at the Sheriff's Department in November 2019, reporting that a sheriff's audit had found that deputies routinely booked evidence late. The probe, covering the period from February 2016 to February 2018, found that 27 percent of the deputies waited 31 days or longer before booking evidence.

Nearly 300 items did not get booked for more than a month during the audit period. A second review, which included a sampling of 450 reports, found that deputies in 57 cases said they had booked the evidence when they had not.