The man escaped, but he left behind some critical evidence during the struggle that has now come back to haunt him. 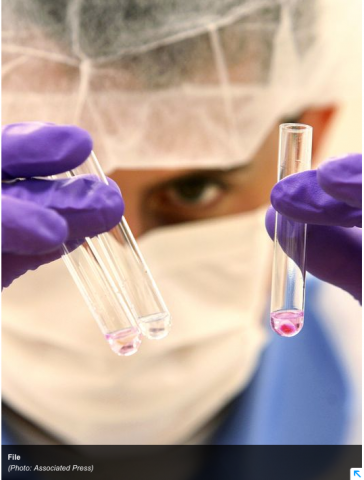 APPLETON – When a 26-year-old woman was attacked by a stranger on the College Avenue bridge in November 2010, she fought valiantly, scratching him and gouging at his eyes.

The man escaped, but he left behind some critical evidence during the struggle that has now come back to haunt him.

On Thursday, the Appleton Police Department announced that a hit from the state's DNA databank — which contains thousands of profiles from criminal offenders and unsolved crimes — led to the arrest of a 48-year-old man on a charge of second-degree sexual assault with force.

The arrest is a prime example of the power of DNA evidence in holding perpetrators accountable for crimes that have gone unsolved for years.

"It's a great system," Appleton police Lt. Polly Olson said of the databank. "When (DNA hits) happen … it's definitely good. We don't see it too often — maybe two times a year."

In the Appleton case, the Wisconsin Crime Lab notified police in May that DNA collected from the assault victim's finger, which entered her assailant's mouth during the struggle on the College Avenue bridge, had been matched to an individual identified by police as Eric L. Philipsen in the offender index. After he was convicted of a prostitution charge in Winnebago County in January 2016, Philipsen was ordered to submit a DNA sample. That matched the DNA profile in the 2010 assault in Appleton.

Olson, who is in charge of investigative services at the Appleton Police Department, said the typical scenario is that a person gets arrested for a crime, is ordered to submit a DNA sample and a search of the database links the person to another offense.

"Sometimes, we luck out and get a cold hit on someone who is arrested or newly arrested," Olson said. "If we get a cold hit, we move on it right away."

Appleton police, along with other law enforcement agencies in Wisconsin, routinely send DNA evidence to the crime lab in an attempt to shed light on unsolved crimes. The state has "strict criteria" on what can be submitted, and focuses primarily on violent crimes and felonies, she said.

When victims of crimes — especially sex offenses — are notified there has been a DNA hit, their response varies.

"It is a relief for them, but it also opens up some wounds that have started healing," Olson said. "It's an emotional rollercoaster for them."

"It really depends on the survivor," she said. "It could be both a relief and a re-traumatizing."